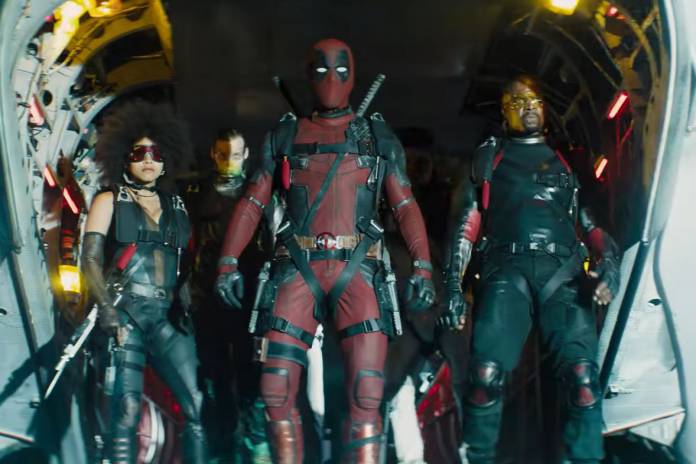 Terry Crews‘ Bedlam was teased in the trailers for Deadpool 2 and promoted quite heavily, but (and spoiler alert) the character ended up being just a (very funny) cameo appearance by the Brooklyn Nine-Nine star. We got a chance to speak to Crews today at NBC‘s Television Critics Association summer press tour event for Brooklyn Nine-Nine and asked him if there was any way he could be back for the upcoming X-Force movie, considering some things were reset at the end of Deadpool 2.

If you’ve seen the movie, Bedlam was part of the characters that Deadpool rounded up to become the X-Force, but they almost all met their demise within minutes of the group going into action. The only one left standing during the movie was of course Zazie Beetz’s Domino. But in the much-talked about end-credits scene, Deadpool does bring back Rob Delaney’s Peter.

“You know what? Actually if you look at the movie, I was on life support,” Crews told us. “They were trying to revive me, so you didn’t see me get cut up or head cut off. There’s always something. I would love to come back for Deadpool 3.”

Was it always the plan for him to be in the film’s promos, but that it would really be more of a cameo? “It was a troll from the beginning and it was horrible. I felt so bad but it was for a good cause, you know what I mean? It really was the payoff that the movie needed.”

We also asked about Crews’ recent comments about The Expendables 4. “I’m not going to do Expendables 4 simply because of the thing that happened with the producer,” the actor told us. “He basically threatened me because of my whole William Morris/Endeavor lawsuit and I decided that I was going to pull out of Expendables 4 for that reason.”

Season 6 of Brooklyn Nine-Nine will premiere on NBC in midseason. It was picked up by NBC after FOX canceled the comedy series.