Disney Channel has given the green light to Secrets of Sulphur Springs Season 2, while HBO Max will bring back Selena Gomez’s cooking show Selena + Chef for a third season.

Since its January 15 premiere, time-travel mystery series Secrets of Sulphur Springs has reached 8.4 million total viewers, is ranked as the #1 series across all television with Girls 6-11, and is the #1 live-action series on DisneyNow.

“Our brilliant executive producers, Tracey Thomson and Charles Pratt Jr., along with a supremely talented cast and crew, have truly created a captivating series that keeps our viewers guessing,” Singh said. “Now that the disappearance of Savannah has been solved, we look forward to a season of all-new puzzling plots and storylines for kids and families to unravel in the mysterious southern town of Sulphur Springs.”

Filmed and set in Louisiana, the first season of Secrets of Sulphur Springs followed 12-year-old Griffin Campbell (Preston Oliver), whose world has been upended by his father, Ben (Josh Braaten), after he moves the family from Chicago to take ownership of an abandoned hotel property, The Tremont.

Now, the family — which also includes Griffin’s mother, Sarah (Kelly Frye), and his younger twin siblings, Wyatt (Landon Gordon) and Zoey (Madeleine McGraw) — live in The Tremont in hopes of restoring it to the lively vacation destination it once was.

On his first day at his new school, Griffin hears rumors that the hotel is haunted by the ghost of Savannah (Elle Graham), a girl who disappeared decades ago.

He soon meets and befriends Harper (Kyliegh Curran), a thrill-seeking classmate, and they discover a secret portal that allows them to travel back in time and uncover clues about the town mystery.

Secrets of Sulphur Springs Season 2 will take a deeper look into Harper’s family history and their connection to The Tremont hotel. What will start as a fact-finding mission will soon turn into a high-stakes adventure that could forever change her friendship with Griffin.

The first season of is currently streaming on Disney+ and available in DisneyNow. The series is from creator, writer and executive producer Tracey Thomson (The Young and the Restless). Charles Pratt Jr. (STAR) also serves as showrunner and executive producer. The series is produced by Gwave Productions, LLC, and carries a TV-PG parental guideline.

HBO Max has also announced that Selena Gomez’s cooking show Selena + Chef has been renewed for a third season. New episodes of the unscripted series will premiere later this year, exclusively on HBO Max.

The series is executive produced by Gomez for July Moon Productions, along with executive producers Eli Holzman, Aaron Saidman, and Leah Hariton on behalf of Industrial Media’s The Intellectual Property Corporation (IPC) and Melissa Stokes.

In season three, Selena will continue her cooking adventures at home with a new roster of all-star chefs that will help her whip up delicious dishes.

Like in its first two seasons, each chef will highlight a different charity each episode. To date, the series has raised $360,000 for 23 nonprofit organizations. 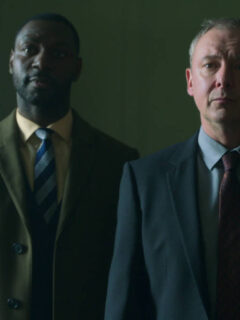 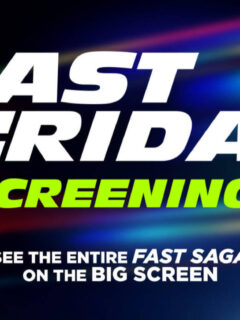 Next
Fast and Furious Movies Returning to Theaters for Free Before F9
Click here to cancel reply.
Disclaimer: This post may contain affiliate links through which we earn a commission if you decide to make a purchase, at no cost to you. As an Amazon Associate, we earn from qualifying purchases.
BigScoots Hosting: The last host you'll ever need! Click for details.