Get ready for the Battleground of the Gods to turn Upside Down. Heroes and monsters from the Netflix Original Series Stranger Things will be playable in the hit video game SMITE starting July 13.

Netflix and Hi-Rez Studios today revealed their limited-time crossover event in a cinematic trailer you can watch using the player below.

Through an all-new SMITE Battle Pass, fans of Stranger Things series will be able to play as Eleven, Hopper, and two of the most famous and blood-curdling creatures from the series – the Demogorgon and the Mind Flayer. Can these legendary characters defeat the Gods of ancient mythology, like Hades, Loki, and Ares?

Even better: the dreadful alternate dimension of the Upside Down will take over the Battleground of the Gods, altering the popular Arena Map.

With the Stranger Things Battle Pass, SMITE players will wield the psychokinetic powers of Eleven, brought to life as a high-fidelity skin for Scylla. Hawkins Police Chief Hopper can be played as Apollo, wearing his signature hat and carrying dual revolvers.

Players can also experience playing as the series’ legendary monsters in this epic collaboration. Bakasura, the Great Devourer, becomes Stranger Things’ Demogorgon, now hungering for souls to swallow whole. A nightmare incarnate, Mind Flayer Sylvanus is an uncompromising rendering of the iconic, unspeakable Upside Down creature.

Each skin is essentially a new character with brand new models, animations and visual effects. An additional Prestige skin is available for both Eleven and Hopper, reflecting Eleven’s memorable Starcourt Mall jumper and Hopper’s infamous Hawaiian shirt from season three of the series.

Players will also unlock dozens of thematic items as they progress through the Stranger Things Battle Pass simply by playing SMITE. Free rewards include an Avatar, a Global Emote, and more. To gain access to all Stranger Things content, players can purchase the Battle Pass – instantly unlocking Hopper Apollo.

Stranger Things’ Upside Down dimension is also oozing into the portals of the Arena Map, SMITE’s most popular, fast-paced 5v5 game mode. Monsters, minions, props, walls and floors have fallen victim to the otherworldly corruption – and the Mind Flayer looms over every battle from the skies above.

The Stranger Things Battle Pass follows successful crossovers between SMITE and Avatar: the Last Airbender, TMNT, RWBY and music label Monstercat. All of them have been unanimously praised by fans as simultaneously faithful and full of flair.

This partnership is an opportunity for the show enthusiasts to delve back into its legendary atmosphere – while getting to know the popular free-to-play action arena from Hi-Rez Studios.

SMITE’s unique blend of third-person action combat and Multiplayer Online Battle Arena (MOBA) strategy has attracted more than 35 million players to the Battleground of the Gods. SMITE features an ever-growing roster of 115 Gods and Goddesses from pantheons around the world and throughout history, and is free to play on PC, Xbox One and Xbox Series X/S, PlayStation 4 and 5, and Nintendo Switch.

The full reveal of the Stranger Things x SMITE crossover will be broadcast live on twitch.tv/SMITEGame on June 23 at 3:00 PM ET during the SMITE Update Show.

Are you looking to play the crossover? What do you think about the game. Let us know in the comments below! 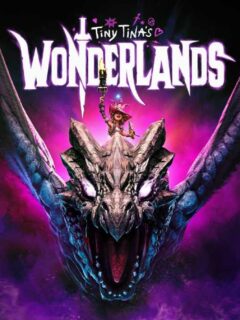 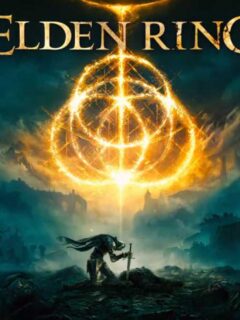 Next
Elden Ring Release Date and Gameplay Trailer
Click here to cancel reply.
Disclaimer: This post may contain affiliate links through which we earn a commission if you decide to make a purchase, at no cost to you. As an Amazon Associate, we earn from qualifying purchases.
Amazon Prime Day 2021 is June 21 and 22! Click here for the deals.