Stowaway is officially described as follows: On a mission headed to Mars, an unintended stowaway (Anderson) accidentally causes severe damage to the spaceship’s life support systems. Facing dwindling resources and a potentially fatal outcome, the crew is forced to make an impossible decision.

Principal photography for Stowaway started on June 11, 2019 in Germany. Filming took place at Bavaria Studios in Munich and MMC in Cologne, with funding support from the FilmFernsehFunds Bavaria, Filmstiftung North-Rhine Westfalia and the DFFF.

In a feature at EW, the magazine provided more details about the characters: Kendrick plays “Zoe, a medical researcher on a spaceship headed to Mars on a two-year mission. On board with her are the ship’s commander (Toni Collette) and a biologist (Daniel Dae Kim) — and an unexpected stowaway (Shamier Anderson), whom the crew find trapped inside the ship shortly into their mission.”

They added: “With the small craft outfitted only to support three passengers and some irreparable damage done to its life support systems, the crew faces an impossible problem, which only Zoe believes they can solve.”

“I had never really read anything like it,” Collette told the magazine. “It is contained and the characters are confined but the questions posed, moral and otherwise, are vast and wide open… it’s ultimately about community, survival, and sacrifice.”

Kendrick added: “The thing that feels really relevant is less the isolation of it and more that kind of problem-solving part of your brain that we were all engaging so vigorously in the first couple months of the pandemic.

“Just that constant problem-solving of, ‘wait, okay, how do we fix this?’ And just when it seems like you’re onto something, there’s some very obvious fundamental problem.”

“Because [they] are so isolated, it forced the emotionality of what they undertake onto the actors. There was nothing else to lean on,” Collette continued to say about the claustrophobic set.

Kendrick recalled: “It helped that Toni was playing the captain. It was one of those art-imitating-life moments.” 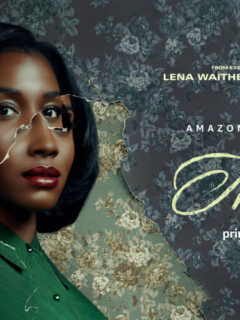 Next
Them Trailer and Posters Revealed by Amazon
Click here to cancel reply.
Disclaimer: This post may contain affiliate links through which we earn a commission if you decide to make a purchase, at no cost to you. As an Amazon Associate, we earn from qualifying purchases.
Get The FREE LEGO® Life Magazine! LEGO® Life Magazine is fun for kids 5-10 years old.