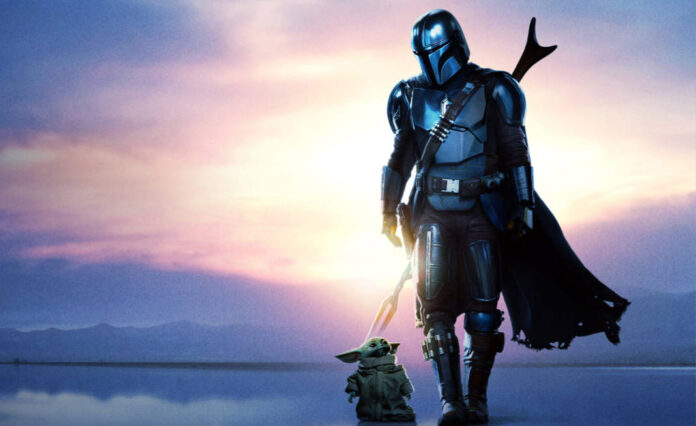 The purpose of Star Wars Thrills is to put all the Star Wars news from the week of October 29, 2020 in one location. This week, we’ve got updates on The Mandalorian merchandise, more on The High Republic, a new virtual reality game, and much more!

Relive the first season of The Mandalorian before the next chapter begins Friday on Disney+.

This month on The Star Wars Show, they take a look back at The Mandalorian Season One, check out a brand new Star Wars: Galaxy of Adventures short, and get scared by some spine-chilling moments of Star Wars.

On This Week in Star Wars, they announce The Mandalorian Season Two virtual red carpet premiere event, take a look at what scares the Jedi in a new look from The High Republic, and you’ll learn about Padawan Ady Sun’Zee from the upcoming Star Wars: Tales from the Galaxy’s Edge story “Temple of Darkness.” Plus, they jump back to 2002 when Star Wars: Attack of the Clones returned to theaters.

Star Wars fans across the globe can join for a special Star Wars “Mando Mondays” digital event where talent from The Mandalorian, including Pedro Pascal, Carl Weathers and Giancarlo Esposito, reveal the latest and greatest products and digital content inspired by the Emmy award-winning series. Mando Mondays is an all-new global consumer products, games and publishing program that will debut new goods inspired by the Disney+ program every Monday from now until December 21.

Amazon's Cyber Monday Deals Weekend will be a multi-day marathon of savings and deep discounts across a wide selection of products from toys to...
Read more
Streaming

Today, Disney has released the new Godmothered trailer. The movie will be available to watch on Disney+ on December 4, 2020. You can check...
Read more
Streaming

Disney+ today released the trailer for High School Musical: The Musical: The Holiday Special, which premieres Friday, December 11 on the streaming service. Later this...
Read more

San Diego video game developer Psyonix has announced that Rocket League Season 2 will go live on December 9, 2020. You can watch the...
Read more

Amazon Prime Video announced today that the final 10 Vikings episodes are premiering first on Prime Video in the US, UK, Germany, Austria and...
Read more

Epic Games has revealed the Story and Battle Pass trailers for Fortnite Zero Point, which serves as Chapter 2 - Season 5 of the...
Read more
Load more