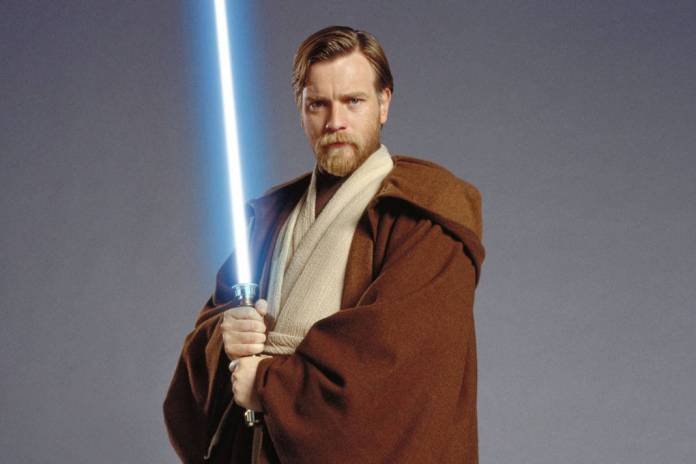 The purpose of Star Wars Thrills is to put all the Star Wars updates from the week of January 24, 2020 in one location.

This week, we’ve got updates on a delay for the Obi-Wan TV series, concept art from Colin Trevorrow’s Episode IX: Duel of the Fates has leaked, Clone Wars returns to Disney+, a new way to experience Star Wars in theaters debuts, and much more.

A Star Wars: The Rise of Skywalker set visit spoiled the movie for Josh Gad https://t.co/NWpuoLEHrf

Did you know @lin_manuel helped create a song for Star Wars: #TheRiseOfSkywalker?

Discover the tune “Lido Hey”, performed by the Aki Aki’s of the planet Pasaana in this just released clip from the film! See it the film again in theaters now! Get tickets: https://t.co/EbJ0vDHKyt pic.twitter.com/4BpORGYXgf

Perhaps they have what it takes to face the First Order, but do Kelly Marie Tran and Naomi Ackie of @StarWars have what it takes to train like astronauts? They joined @NASA_Astronauts Jessica Watkins & Megan McArthur to take on the challenge! Full video: https://t.co/FgPyRNSdhY pic.twitter.com/hwB0CD3NTU

So the Episode IX artbook, which had a lot of concept art from abandoned plotlines, is being pulled from shelves and destroyed for an eventual reprint and rerelease. This'll become more interesting when the reprint is out and we can see what they wanted removed

#TheRiseOfSkywalker
It looks like artworks made in 2016/2017 from Colin Trevorrow & Derek Connolly's script have been put online.

I cannot guarantee their veracity, even if I recognize the style of certain artists (as Ryan Church).

Here are those concerning the ships. pic.twitter.com/B6ZbpTdPmT

#StarWars: Duel of the Fates concept art: With the imminent failure of the First Order's defence of Coruscant, General Hux commits suicide. pic.twitter.com/PNaWiklGYt

Yes, this is from Duel of the Fates. But I’d never kill R2…he just took a bad hit. Happens to all of us. https://t.co/ekGMRUdV2g

"It's just been pushed back a little bit…It's very dramatic, it would seem, online. There's all kinds of **** online about it." Drama is what the internet does best! #ObiWanSeries #EwanMcGregor pic.twitter.com/7wO0dmN1CJ

"It’s just slid to next year, that’s all. The scripts were really good," McGregor said https://t.co/oLLACG20ym

Exclusive: The #ObiWan Disney+ series has been put on hold as the crew have been sent home.

Obi-Wan Kenobi Series on Hold as Calls Go Out for New Scripts https://t.co/ehTZgnagge

Witness the end of the groundbreaking series. The final season of Star Wars: #TheCloneWars starts streaming Feb. 21 on #DisneyPlus. pic.twitter.com/zytD171ISh

I don't know if this interview with Giancarlo Esposito is any good because I can't get past the world's greatest opening quote. (via @patrickklepek) https://t.co/lYw338t7f3 pic.twitter.com/zW96pNkQPP

Disney+ will be launching in Western Europe a week earlier than was originally announced #DisneyPlus https://t.co/QUkcIGQPBR

“Early concept for #TheLastJedi when the walkers on Crait were… much bigger, indestructible, walls of metal. Heavy influence from #TheoJansen (note: [figuring] out all the walk cycle articulation almost killed me… but fun)” – James Clyne #StarWarshttps://t.co/1RCMD7mmfL pic.twitter.com/8mOCl41mI7

Did you know? The Holiday Special #BobaFett has only four fingers! It’s something quite curious! pic.twitter.com/7k57Tv3TYx

David Lynch telling the story of being offered to direct #ReturnOfTheJedi by George Lucas himself, as hilariously animated by Sascha Ciezata. #StarWars https://t.co/TpRylJ7lJh

The Story Behind One of Star Wars' Most Recognizable Posters https://t.co/4IwItxwVUS via @@io9

Doctor Chelli Aphra is back! Take an exclusive look at the cover for Doctor Aphra #1 and read our interview with writer @crashwong on what lies ahead for the galaxy’s shadiest archaeologist: https://t.co/k3LKQ8A0Du pic.twitter.com/itseIwClU5

Disney+ won’t be the only place #StarWars fans will be able to return to the Clone Wars this spring, with IDW Publishing launching a weekly comic book series, 'Star Wars Adventures: The Clone Wars — Battle Tale' https://t.co/sC2xXLe6WS

Our beloved @runwithskizzers officially joins the #StarWars universe with her new book A Jedi, You Will Be. https://t.co/gl1Jgnvbit

Don’t have any tangible info on it, but seems like that Project Luminous video game from that report earlier this month….is real. Timing is different than reported, & is NOT the start of the overall project. Still cool to have more #StarWars games! https://t.co/tCjZ3o9xhi pic.twitter.com/sC5n1PLrhY

Attention Star Wars fans! You can now reserve access to fly the “fastest hunk of junk in the galaxy” at Star Wars: #GalaxysEdge at Disney’s Hollywood Studios! https://t.co/H8YHAkZJez pic.twitter.com/fgwiMjASSp

Show off your Star Wars: #GalaxysEdge achievements from the #PlayDisneyParks app by collecting new commemorative pins at both @Disneyland and @WaltDisneyWorld! Will you collect them all? https://t.co/89yk8Iz1ws pic.twitter.com/PN7uHMW0uw

Exclusive: Audiences could soon be part of the cinematic worlds of Disney's 'The Pirates of the Caribbean,' ''Tron,' #Avengers and #StarWars when they go to the movies https://t.co/in8voQgY5m

Here are all the ways to live out your #StarWars adventures at the @Disneyland Resort, including Disneyland After Dark: Star Wars Nite on Aug. 27: https://t.co/2QaFZCWt8M pic.twitter.com/VPtbVF59JZ

Just Announced: Star Wars Day at Sea will return to @DisneyCruise Line in 2021! Get all the details: https://t.co/Wp9E6lCiFs pic.twitter.com/j9rrpeoe0Y

We offer a #PhilTippett Signature #Tauntaun Sculpture at our sister company @RegalRobot. This 1978 image from LFL archives shows where mold keys were placed & those matched the vintage mold Phil had in storage, which was the one we used to master our reproduction. Neat! #StarWars pic.twitter.com/M1p9wO5pHc

"This is the way." #TheMandalorian pic.twitter.com/OBnvZjJRyZ

New merch items are now available for pre-order! Already purchased tickets? Be on the lookout for an e-mail with instructions on how to add pre-order merch to your existing order. Still need to purchase tickets? A limited amount are available! https://t.co/VVVLtcd3Fz #StarWars pic.twitter.com/sWzNhTTSqb