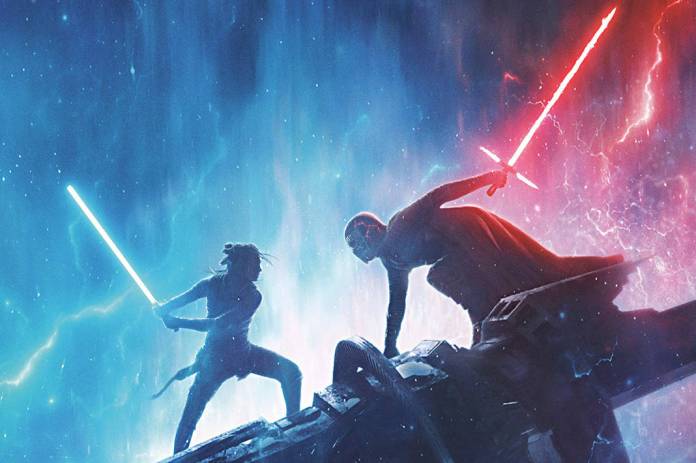 The purpose of Star Wars Thrills is to put all the Star Wars news from the week of March 6, 2020 in one location. This week, we’ve got delays in Baby Yoda merchandise, first looks at The Rise of Skywalker novelization (pre-order here), an update on the Cassian Andor TV series, and much more!

Today we’re looking back at the incredible work of trainees from the @BFI Film Academy Future Skills programme on the sets of Star Wars: The Rise of Skywalker and Solo: A Star Wars Story… Learn more about the programme here: https://t.co/K8fAN8EYm5 #NationalLottery pic.twitter.com/HbrdibG2DA

Review of the third episode of Star Wars: The Clone Wars Season 7, titled “On the Wings of Keeradaks” #TheCloneWars https://t.co/R6uJAkGTGh

Get a closer look at concept art, trivia, and more in #TheCloneWars episode guide for “A Distant Echo”: https://t.co/U8xb0eA3Hv pic.twitter.com/E4UcLo1grE

If you look closely, you can see the dude on the left with the mocap stick rotating it. We parented the whole world to that stick so the director could dynamically tumble it as Gideon tried to shake Mando off his TIE, giving us great lighting and reflections. pic.twitter.com/MHMwbOcDlM

“Most big advances don’t really happen because somebody decides they want to develop a new piece of technology.” https://t.co/KRml6QCeiL Why? John Knoll explains in this latest outtake from our Cinefex 169 VFX roundtable. Read it on the blog now.#Cinefex40thAnniversary pic.twitter.com/agPvNM0toF

Adam Driver made Ben Affleck 'a hero' to his kids with birthday presents from Kylo Ren https://t.co/g29uhNEAnb

A group photo signed by @HamillHimself, Harrison Ford, @carrieffisher, Tim Rose and Kenny Baker for the continuity supervisor Pamela Mann. It must have been so much fun to work with her, judging from all the funny and sweet dedications here! 🤣❤️@ItsMarkHamill @starwars pic.twitter.com/GrcTjF1HdV

What was Carrie Fisher like as a boss? This new novel offers hints https://t.co/3S77jl89Pk

The Mandalorian – The Art and the Imagery Collector's Edition Book Volume One Coming May 5 – https://t.co/TKyzO5Jhva #StarWars #TheMandalorian pic.twitter.com/xA03PjcjHr

RISE OF KYLO REN #1 is getting a FOURTH printing. I’m going to stop being surprised by the love for this book and just enjoy it.

To thank you, a killer shot by @willsliney of Ben Solo from #4, out next week, the big finale!

(Was hard to find a non-spoiler image – PACKED issue.) pic.twitter.com/luTn2QkoZs

Old unused Pitch Boards ( 2010 ) I did for proposed LucasArts project. I thought to do a heist as a homage to Michael Mann’s HEAT ( 1995 ). A crew of Thieves hijack a SandCrawler to knock over an Imperial Payroll Convoy. #starwars #disney #lucasfilm #CloneWars pic.twitter.com/AzGyMIKoX9

We’re proud to share that #StarWarsJediFallenOrder has been nominated for Best Narrative and Audio Achievement at the #BAFTAGames Awards. Congratulations to the all the teams at Respawn, Lucasfilm, and EA for their hard work! pic.twitter.com/4HixsieI7R

Fans clamoring for toys of #BabyYoda will likely have to wait even longer now https://t.co/mxbRqj4mOK

The purpose of Star Wars Thrills is to put all the Star Wars news from the week of October 23, 2020 in one...
Read more
Games

Disney+ has revealed new The Mandalorian Season 2 posters which you can check out below. The second season of the popular series...
Read more
Streaming

The purpose of Star Wars Thrills is to put all the Star Wars news from the week of October 9, 2020 in one...
Read more

The CW Premiere Dates Set for Its New Season

Starz (start your free trial) has announced the movie and TV titles coming to the service in November 2020. The Starz November...
Read more

White Bird: A Wonder Story to Be Directed by Marc Forster

November 2020 Games for PlayStation Plus and Xbox Live Gold

Square Enix today revealed the main Final Fantasy XVI characters with both an official teaser website and artwork which you can view...
Read more

The Uncharted movie has officially wrapped production, according to a post on the film's official Instagram account. In addition to this news,...
Read more
Load more