Spiral to Debut on Starz in October

Home » Spiral to Debut on Starz in October

After becoming one of the first major wide release films to return to theatres, Lionsgate and Twisted Pictures’ horror thriller Spiral: From the Book of Saw will launch exclusively in its first U.S. pay window on the premium subscription platform Starz on October 8, 2021, the companies announced today.

In time for Halloween viewing, the launch will be followed by the early arrival of the entire Saw franchise on Starz as part of Lionsgate’s new theatrical output agreement with Starz for its Lionsgate and Summit label films.

Spiral, the latest installment of the Saw franchise teaming Chris Rock and Samuel L. Jackson, has been the No. 1 film at the U.S. box office two weeks in a row, a first in Saw franchise history.

Produced and shepherded from its inception by Mark Burg and Oren Koules, the Saw franchise broke the $1 billion-mark at the global box office last weekend and is one of the longest-running horror franchises in history. The Lionsgate and Starz marketing and publicity teams are collaborating closely on the multiphase rollout.

“STARZ is excited to expand upon our recently announced theatrical output agreement with Lionsgate bringing more premium content to our subscribers ahead of schedule with Spiral and the blockbuster Saw franchise,” said STARZ President of Domestic Networks Alison Hoffman.

“The Saw franchise reflects the tremendous box office appeal and world-class starpower of the slate of films that we’re bringing to our subscribers.”

“The convergence of our studio and platform businesses allows us to create holistic and bespoke release strategies for our films that maximize their potential in every distribution window,” said Lionsgate President of Worldwide Television Distribution Jim Packer.

“By collaborating with our partners at Twisted Pictures and controlling our own destiny, we’re able to bring Spiral to each of its audiences at the perfect time, synchronizing its first pay window debut with the arrival of the rest of the Saw franchise on STARZ in its rightful place at Halloween.”

“Spiral is off to a strong start at the box office, and we’re looking forward to continuing our partnership with Lionsgate and STARZ on an innovative release strategy designed to bring the film to the widest possible audience at every stage of its rollout,” said Burg and Koules.

“We believe that STARZ will be the perfect pay television home for Spiral and the rest of the Saw franchise.”

Spiral centers on Rock, who plays Detective Ezekiel “Zeke” Banks, working in the shadow of his father, an esteemed police veteran played by Samuel L. Jackson.

Along with his rookie partner (Max Minghella), Banks takes charge of an investigation into murders that are eerily reminiscent of the city’s gruesome past. 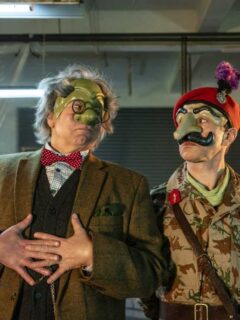 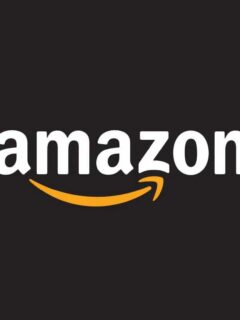 Next
It's Official: Amazon to Acquire MGM for $8.45 Billion
Click here to cancel reply.
Disclaimer: This post may contain affiliate links through which we earn a commission if you decide to make a purchase, at no cost to you. As an Amazon Associate, we earn from qualifying purchases.
Amazon Prime Day 2021 is June 21 and 22! Click here for the deals.