Eros STX Global Corporation today announced that the Songbird movie, produced by Michael Bay and the first film to shoot in Los Angeles entirely during the pandemic, will premiere in the US as a premium video on-demand (PVOD) release on all transactional platforms beginning Friday, December 11.

The film will be available for $19.99 for a 48- hour rental. The announcement was made today by Adam Fogelson, chairman, STXfilms Motion Picture Group.

Following its transactional home entertainment run, the film will premiere on a major streaming service in 2021.

Songbird is a sci-fi thriller about fighting for love at the end of the world from producer Michael Bay, who previously brought audiences such worldwide hits as A Quiet Place and The Purge. The Songbird movie brings audiences a new saga about the resilience of the human spirit and our ultimate desire for connection and safety.

“The pandemic has affected every aspect of our business, from production to release, but Songbird demonstrates that a nimble studio like STX can find effective and profitable ways to make their movies work, as we have similarly with Greenland and My Spy during these challenging times,” said Fogelson.

“The show must go on. Songbird is a thrilling movie that will speak to audiences in this moment as it keeps them on the edge of their seats.”

Four years into quarantine the virus has changed and so have we… In the terrifying thriller ​Songbird,​ the COVID-23 virus has mutated and the world is in its fourth year of lockdown. Infected Americans are ripped from their homes and forced into quarantine camps known as Q-Zones, from which there is no escape, as a few brave souls fight back against the forces of oppression.

Amid this dystopian landscape, a fearless courier, Nico (KJ Apa), who’s immune to the deadly pathogen, finds hope and love with Sara (Sofia Carson), though her lockdown prohibits them from physical contact. When Sara is believed to have become infected, Nico races desperately across the barren streets of Los Angeles in search of the only thing that can save her from imprisonment… or worse.

About the Songbird movie, Fogelson previously said: “This year has irrevocably changed the way people interact with each other and their surroundings, and the reverberations will be profound; with all of 2020 underlying every frame of the movie, Songbird will be relevant, moving, and sentimental as a love story, while also scary as hell.

“We have been longtime fans and friends of many of the creative team behind Songbird. We are looking forward to working with Michael, Adam, Andrew, and the teams at Invisible Narratives and Catchlight Films, who have been behind some of the best recent films that marry realistic science fiction and emotional storylines in an effective and terrifying way.”

“Songbird is a story of hope in the midst of tragedy that we felt a pressing need to tell as we all live through the single greatest health crisis of our lifetimes. Everyone at STX understands and appreciates this film deep in their core,” added Invisible Narratives’ Adam Goodman and Andrew Sugerman.

“Their commitment to Songbird has assured us that we are in the best possible hands, and we’re excited to be working with them on this adventure.” 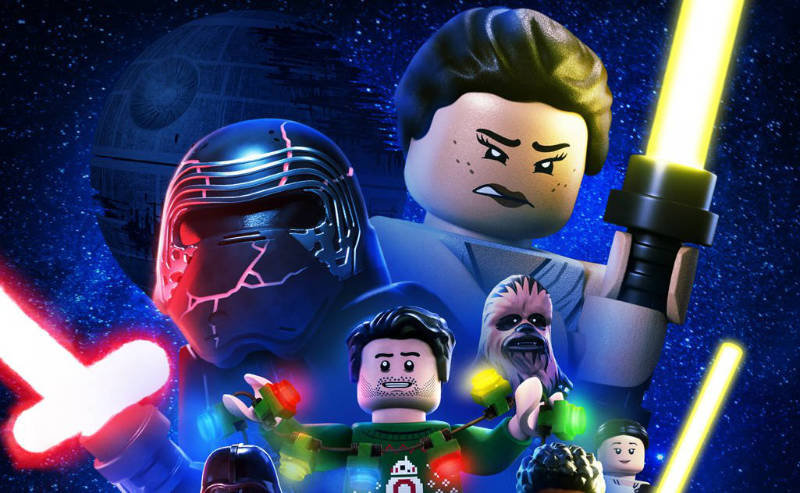 Next
LEGO Star Wars Holiday Special Review
Click here to cancel reply.
Disclaimer: This post may contain affiliate links through which we earn a commission if you decide to make a purchase, at no cost to you. As an Amazon Associate, we earn from qualifying purchases.