Showtime Sets 1917 Premiere, Cybill Shepherd Joins I Love This for You

Home » Showtime Sets 1917 Premiere, Cybill Shepherd Joins I Love This for You

Showtime has announced the 1917 premiere date, that Cybill Shepherd will star in I Love This for You and revealed the Macho: The Hector Camacho Story trailer.

The television premiere of the acclaimed, award-winning film 1917, directed and produced by Academy Award winner Sam Mendes (Skyfall, American Beauty), will air on Showtime on Thanksgiving Day, November 26, at 9 p.m. ET/PT. The movie will also be available for network subscribers across Showtime platforms and distributor platforms.

The film tells the story of two young British soldiers at the height of World War I, Lance Corporal Schofield (George MacKay) and Lance Corporal Blake (Dean-Charles Chapman) as they are given a seemingly impossible task. In a race against time, they must cross enemy territory to deliver a message that could potentially save 1,600 of their fellow soldiers – Blake’s own brother among them.

Shepherd will play Patricia Kunken, the icy, enigmatic founder and CEO of a popular home shopping network. She joins the previously-announced Molly Shannon (The Other Two).

Shepherd won two Golden Globes and was nominated for an Emmy Award for playing Maddie Hayes on the groundbreaking dramedy Moonlighting. Her self-titled sitcom Cybill earned her another Golden Globe along with one other nomination and three more Emmy nominations.

She also had a memorable recurring role on the original Showtime series The L Word. Her numerous film credits include The Last Picture Show (for which she received her first Golden Globe nomination), The Heartbreak Kid and Taxi Driver. Recent credits include the starring role in the indie film Being Rose and Love is Love is Love, directed by Eleanor Coppola.

Produced by Showtime, I Love This for You is a grounded comedy in which Bayer plays a character, inspired by her own past, who overcame childhood leukemia to achieve her lifelong dream of landing a job as a successful home shopping channel host.

Bayer co-created I Love This for You with Emmy nominee Jeremy Beiler (Saturday Night Live, Inside Amy Schumer), who will also executive produce. Emmy winner Jessi Klein (Inside Amy Schumer, Black Monday, Big Mouth) will serve as showrunner and executive produce along with Michael Showalter (The Big Sick, Wet Hot American Summer, The Lovebirds), who will direct, as well as Annapurna’s Megan Ellison and Sue Naegle and Jordana Mollick of Semi-Formal.

Showtime Sports Documentary Films has released the trailer and poster art for the upcoming documentary Macho: The Hector Camacho Story as well. The film unflinching look at the remarkable life, storied career and unsolved murder of one of boxing’s greatest showmen. Premiering Friday, December 4 at 9 p.m. ET/PT on Showtime, the documentary debuts eight years after Camacho’s fatal shooting in Bayamon, Puerto Rico.

For the first time on film, Macho: The Hector Camacho Story offers a thorough examination of the unlikely sports hero. The film celebrates Camacho’s sublime boxing skills and the unbridled charisma that brought Spanish Harlem and Puerto Rican culture to the center of the sports world.

Through rare and revealing interviews with his mother, Maria Matias, sisters, wife Amy and son Hector Jr., the documentary also delves into the legendary fighter’s troubled mind and spirit, his battle with addiction and the inner turmoil that ultimately lead to his demise – a mysterious roadside double homicide in November 2012. 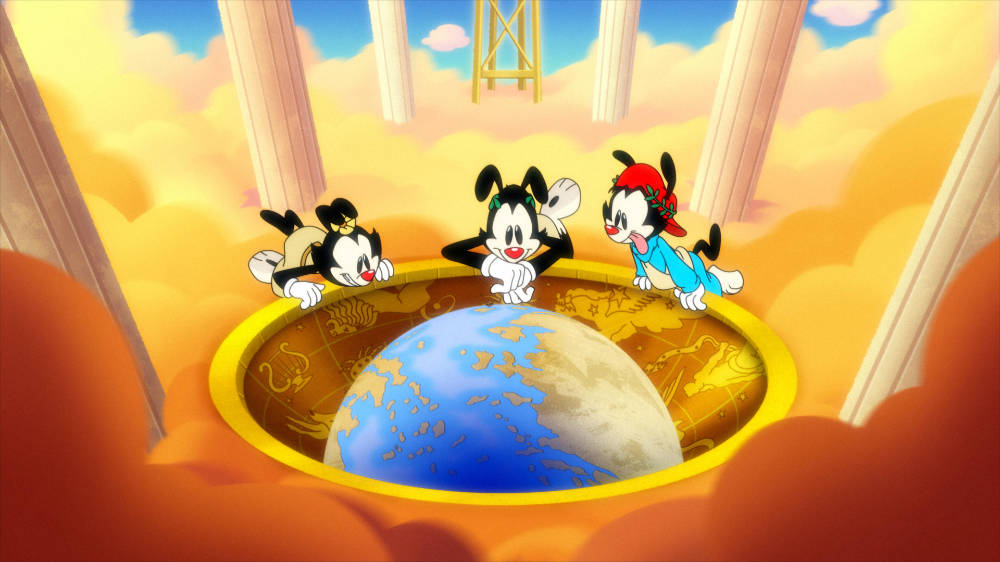 Previous
We Chat with the Animaniacs Cast and Crew!

Next
NBC Announces Rockefeller Center and Broadway Specials
Click here to cancel reply.
Disclaimer: This post may contain affiliate links through which we earn a commission if you decide to make a purchase, at no cost to you. As an Amazon Associate, we earn from qualifying purchases.
Get The FREE LEGO® Life Magazine! LEGO® Life Magazine is fun for kids 5-10 years old.