Showtime has announced the movies and TV shows coming to the service in April. The Showtime April 2021 lineup includes the series finale of Shameless, which is ending its 11-season run on Sunday, April 11. Read on for this month’s list, and in case you missed them, you can still view the Showtime March 2021 titles as well.

The Showtime April 2021 schedule also includes docuseries Couples Therapy, which is returning for its second season on Sunday, April 18 at 10 p.m. ET/PT. City on a Hill, starring Kevin Bacon and Aldis Hodge, will continue to air new episodes on Sundays at 10 p.m. ET/PT.

VICE will conclude its second season on Sunday, April 18 at 8 p.m. ET/PT. Desus & Mero, meanwhile, continue to host the most illustrious show in late night Thursdays and Sundays at 11 p.m. ET/PT.

You can view the Showtime April 2021 originals, followed by the full schedule and streaming collections, below.

SHAMELESS
Series finale Sunday April 11 at 9 p.m. ET/PT
The final season of SHAMELESS finds the Gallagher family and the South Side at a crossroads, with changes caused by the COVID pandemic, gentrification and aging to reconcile. As Frank confronts his own mortality and family ties in his alcoholic and drug induced twilight years, Lip struggles with the prospect of becoming the family’s new patriarch. Newlyweds Ian and Mickey are figuring out the rules and responsibilities of being in a committed relationship while Deb embraces her individuality and single motherhood. Carl finds an unlikely new career in law enforcement and Kevin and V struggle to decide whether a hard life on the South Side is worth fighting for.

COUPLES THERAPY
Season Premiere Sunday, April 18 at 10 p.m. ET/PT
COUPLES THERAPY follows eight months of therapy sessions with Dr. Orna Guralnik, who deftly guides couples through honest confrontations, revealing real-life struggles and extraordinary breakthroughs. Season 2 features three new couples who work through intense conflicts: a single mother’s unplanned pregnancy forces her to examine whether she wants to be with the father; a woman confronts her husband for failing to deliver the life she wants; and the raw trauma of near-fatal alcoholism reveals unexpected consequences for a young gay couple. The season also sheds light on COVID’s at-home confinement, which compels each couple – and Orna herself – to examine profound changes within their daily lives.

VICE
Season Finale Sunday, April 18 at 8 p.m. ET/PT
Known for delivering immersive reporting from the frontlines of global conflicts, civil uprisings and more, VICE returns with a new slate of groundbreaking stories from its team of global correspondents, taking on a range of issues from police brutality in Nigeria to the continued shockwaves of President Trump’s foreign policy in Iran and Yemen. And in the U.S., VICE continues its fearless exploration of the racial reckoning underway in the country.

CITY ON A HILL
Sundays at 10 p.m. ET/PT
Season 2 centers on a federal housing project in the Roxbury neighborhood of Boston that is plagued with drug violence and a rightful distrust in local law enforcement. As coalition leader Grace Campbell (Pernell Walker) works tirelessly on behalf of the community, her efforts are undermined by gang activity happening right under her nose. Enter irreverent FBI agent Jackie Rohr (Bacon), who is here to exploit Boston’s defective criminal justice system in a desperate attempt to salvage his own career. Unfortunately for Jackie, assistant district attorney Decourcy Ward (Hodge) is onto his adversary’s latest misstep. In time, the personal antagonism between these two escalates to an all-out war between the offices of the U.S. Attorney and the Suffolk DA. No one is safe from the collateral damage.

DESUS & MERO
Sundays and Thursdays at 11 p.m. ET/PT
DESUS & MERO, the network’s first-ever late-night talk show, will continue to air weekly on Sunday and Thursday nights at 11 p.m. ET/PT from New York City. Each episode of DESUS & MERO features co-hosts Desus Nice and The Kid Mero giving their take on the day’s hot topics and chatting with guests at the intersection of pop culture, sports, music, politics and more.

SHOWTIME CHAMPIONSHIP BOXING
Saturday, April 10 at 9 p.m. ET/ 6 p.m. PT
23-year-old rising welterweight star Jaron Ennis faces his most difficult test in pursuit of a world title shot as he headlines his first SHOWTIME CHAMPIONSHIP BOXING against former world champion Sergey Lipinets. Ennis is undefeated and has knocked out a remarkable 24 opponents in 26 pro fights. Lipinets is a rugged veteran who has just one pro loss and is currently ranked No. 3 in the world.

BELLATOR MMA 257: NEMKOV VS. DAVIS 2
Friday, April 16 at 9 p.m. ET/6 p.m. PT
The BELLATOR MMA Light Heavyweight World Grand Prix continues with current light heavyweight champ Vadim Nemkov defending his belt in a rematch against former titleholder Phil Davis in the main event. Plus, the highly anticipated debuts of Anthony Johnson and Yoel Romero, who will square off in the co-main event.

Halloween: The Curse of Michael Myers

Hannah and Her Sisters

Mario Puzo’s The Godfather, Coda: The Death of Michael Corleone

Salmon Fishing in the Yemen

Schultze Gets the Blues

The Hole in the Ground

The Ides of March

The Night We Never Met

The Perks Of Being A Wallflower

Throw Momma from the Train

The Hole in the Ground

American Honey, Barely Lethal, Eighth Grade, The Fits, Five Feet Apart, Girlhood, Hot Summer Nights, How She Move, How To Build A Girl, Laggies, Make Up, Mid90s, Morris from America, Never Goin’ Back, Paradise Hills, The Perks Of Being A Wallflower, Scary Stories to Tell in the Dark, Sh*thouse, Waves, The Spectacular Now

100%: Julian Edelman, Action: 101, Against the Tide, Andy & the Donald, The Express, A Game of Honor, Gridiron Gang, Leatherheads, Rudy, Running For His Life: The Lawrence Phillips Story 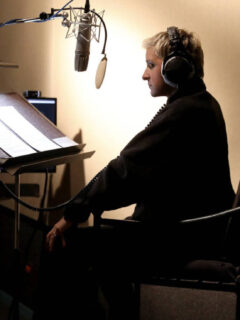 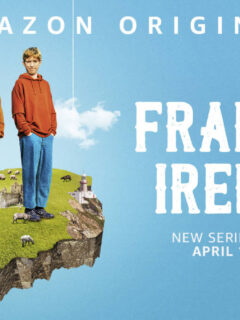 Next
Amazon Debuts Trailer for Comedy Series Frank of Ireland
Click here to cancel reply.
Disclaimer: This post may contain affiliate links through which we earn a commission if you decide to make a purchase, at no cost to you. As an Amazon Associate, we earn from qualifying purchases.
Get The FREE LEGO® Life Magazine! LEGO® Life Magazine is fun for kids 5-10 years old.