Samantha Morton to Star in The Serpent Queen

Home » Samantha Morton to Star in The Serpent Queen

In a highly-acclaimed career, Morton has twice been nominated for an Academy Award, twice nominated for a BAFTA award, and in 2007 she received a Best Actress Golden Globe for her portrayal of notorious child-murderer Myra Hindley in the NBC/Channel 4 film Longford.

In 2009, Samantha Morton made her directorial debut with The Unloved, a semi-autobiographical film based in the British children’s care system, winning the BAFTA Television Award for Best Single Drama. Recently Morton has starred in the hit Hulu/ BBC television show Harlots and AMC’s award-winning The Walking Dead, where she played the iconic villain, Alpha.

In 2020, Morton was nominated for Best Actress BAFTA for the Dominic Savage drama I Am Kirsty. Morton recently finished filming the movie Save the Cinema.

Exemplifying the network’s #TakeTheLead commitment, The Serpent Queen is a cunning account of one of the most influential women ever to wear a crown. Considered an immigrant, common and plain, Catherine de Medici is married into the 16th century French court as an orphaned teenager expected to bring a fortune in dowry and produce many heirs, only to discover that her husband is in love with an older woman, her dowry is unpaid and she’s unable to conceive.

Yet, only with her intelligence and determination, she manages to keep her marriage alive and masters the bloodsport that is the monarchy better than anyone else, ruling France for 50 years.

Based on the book Catherine de Medici: Renaissance Queen of France by Leonie Frieda, the eight-episode series is produced for STARZ by Lionsgate Television and 3 Arts Entertainment. The Serpent Queen will air on STARZ in the U.S. and Canada and on its international premium streaming platform Starzplay across its complete footprint in Europe, Latin America, and Japan.

The #TakeTheLead initiative is Starz‘s comprehensive effort to deepen its existing commitment to narratives by, about and for women and underrepresented audiences. 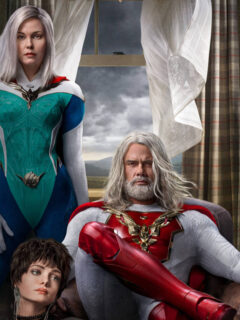 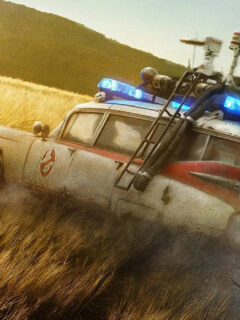 Next
Ghostbusters: Afterlife Clip Reveals Mini-Pufts!
Click here to cancel reply.
Disclaimer: This post may contain affiliate links through which we earn a commission if you decide to make a purchase, at no cost to you. As an Amazon Associate, we earn from qualifying purchases.
Get The FREE LEGO® Life Magazine! LEGO® Life Magazine is fun for kids 5-10 years old.