Roku Originals to Debut on The Roku Channel May 20

Home » Roku Originals to Debut on The Roku Channel May 20

Roku announced today it will debut Roku Originals on The Roku Channel on May 20, in celebration of Streaming Day.

The Roku Originals launch lineup, which features 30 titles, includes award-winning and scripted series, such as Die Hart, #FreeRayshawn and Reno 911!, documentaries such as Blackballed and Big Rad Wolf, and alternative and reality programming, including Punk’d and Chrissy’s Court.

“The launch of Roku Originals will bring incredible, premium entertainment that has breadth, depth and diversity to the millions of streamers who regularly visit The Roku Channel and to many new viewers who may not even have a Roku device – and it’s all available for free,” said Sweta Patel, Vice President of Engagement Growth Marketing, Roku. “We’ve created a fantastic user experience to deliver exclusive, original content that’s accessible everywhere The Roku Channel is streamed.”

Coinciding with the launch on May 20, Roku is partnering with Laugh Out Loud, the multi-platform comedy brand founded by Kevin Hart, to bring LOL! Network, a linear channel featuring a curated collection of the boldest voices in comedy, to The Roku Channel. It will join The Roku Channel’s lineup of more than 35 live linear streaming channels.

“LOL’s partnership with Roku is the culmination of a lot of hard work by two great teams, and I’m excited that both Die Hart and LOL! Network will be available on The Roku Channel,” said Kevin Hart. “Our mission is to keep the world laughing, whether that’s through the action and laughs in Die Hart or the best in comedy on LOL! Network, this partnership allows us to further that mission by bringing laughs to millions of viewers on Roku.”

“Reno 911! has that sort of magic that people can’t forget, and we can’t wait for new generations of streamers to discover something that’s been so close to our hearts,” said Thomas Lennon. Robert Ben Garant continued, “The show has been on an incredible journey and we’re excited it gets to continue on The Roku Channel.” Kerri Kenney-Silver concludes, “There’s nothing more satisfying than bringing even more of Reno’s signature shenanigans to Roku’s extensive audience.”

“Will the record reflect that my mom/head bailiff in charge, Pepper, and I are beyond excited to bring Chrissy’s Court to the biggest screen in the home,” said Chrissy Teigen. “There’s no more hung jury on Chrissy’s Court – justice is getting served on The Roku Channel!”

From award-winning scripted entertainment and engaging documentaries, to new breakout unscripted series, Roku Originals will give viewers free access to bold, fresh entertainment from the biggest names in Hollywood. The Roku Channel will be the exclusive destination for viewers in Canada to stream Roku Originals for free.

You Ain’t Got These

“As The Roku Channel grows, we will continue to be even more creative and expansive in sourcing great content that will perform well in a free, advertising-supported model, while delivering an array of incredible, quality entertainment for our users to enjoy,” concluded Roku’s Patel. 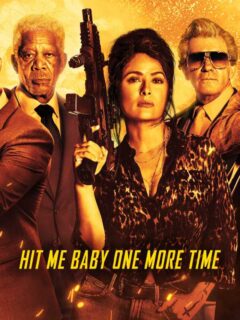 Next
The Trailer for Edgar Wright's The Sparks Brothers
Click here to cancel reply.
Disclaimer: This post may contain affiliate links through which we earn a commission if you decide to make a purchase, at no cost to you. As an Amazon Associate, we earn from qualifying purchases.
Try Paramount+ for free for 1 month! Click here for details.