Posted on Published: May 19, 2021 Categories Movies

Following the rise of Franklin’s career from a child singing in her father’s church’s choir to her international superstardom, Respect is the remarkable true story of Aretha Franklin’s journey to find her voice.

The first authorized feature film based on Franklin’s life, Respect is directed by Tony nominee Liesl Tommy (Broadway’s Eclipsed). Tommy is the first Black woman ever nominated for a Tony award for Best Direction of a Play in 2016 for Eclipsed, and is an Associate Artist at the Berkeley Rep and an Artist Trustee with the Sundance Institute’s Board of Trustees.

With a story by Callie Khouri (Oscar winner for Thelma & Louise) and Tracey Scott Wilson, the screenplay was written by Tracey Scott Wilson. Wilson and Tommy have worked together creatively since the 2009 play The Good Negro, written by Wilson and directed by Tommy at The Public Theatre. Wilson was a writer on FX’s The Americans which garnered her a Peabody Award as well as Emmy and WGA Award nominations.

The film will exclusively feature the iconic songs “Respect, “I Say A Little Prayer,” “Think,” “(You Make Me Feel Like A) Natural Woman,” “You’ve Got A Friend,” “Dr. Feelgood,” “Do Right Woman, Do Right Man,” “Spanish Harlem,” and “Young, Gifted and Black.” The film will also feature “Ain’t No Way,” “Precious Lord,” “There’s A Fountain Filled With Blood,” “Amazing Grace,” and “Chain of Fools.”

Franklin landed over 100 singles in the Billboard charts, including 17 Top 10 pop singles and 20 No. 1 R&B hits, 18 Grammy Awards, and was the first female to be inducted into the Rock and Roll Hall of Fame.

Her reinvention of Otis Redding’s “Respect” as a feminist anthem transformed her into an icon of the civil rights and women’s movements. Her cultural impact was felt throughout her career, from her singing at Dr. Martin Luther King’s memorial service to performing at three presidential inaugurations.

From MGM and BRON Creative, Respect will be released domestically via UA Releasing.r. The film will be distributed internationally via Universal Pictures International. Respect will hit theaters on August 13, 2021.

What do you guys think of the new Respect poster and trailer? Let us know in the comments or tweet us @vitalthrillscom. 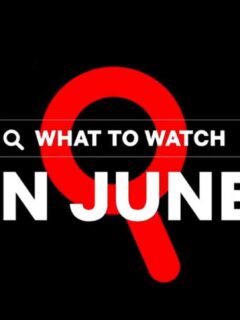 Next
Netflix Announces Fear Street Trilogy Summer Release Dates
Click here to cancel reply.
Disclaimer: This post may contain affiliate links through which we earn a commission if you decide to make a purchase, at no cost to you. As an Amazon Associate, we earn from qualifying purchases.
Amazon Prime Day 2021 is June 21 and 22! Click here for the deals.