Netflix and Capcom have given an update on the upcoming CG anime series Resident Evil: Infinite Darkness, which will be available on the streaming service in 2021. The companies have revealed the voice cast members, new images, and the plot.

Netflix announced that Resident Evil 2 remake’s Nick Apostolides will return as Leon S. Kennedy and Stephanie Panisello is back as Claire Redfield. The plot for Resident Evil: Infinite Darkness is described as follows:

“In 2006, there were traces of improper access to secret Presidential files found in the White House’s network. American federal agent Leon S. Kennedy is among the group invited to the White House to investigate this incident, but when the lights suddenly go out, Leon and the SWAT team are forced to take down a horde of mysterious zombies.

“Meanwhile, TerraSave staff member Claire Redfield encounters a mysterious image drawn by a youth in a country she visited, while providing support to refugees. Haunted by this drawing, which appears to be of a victim of viral infection, Claire starts her own investigation.

“The next morning, Claire visits the White House to request the construction of a welfare facility. There, she has a chance reunion with Leon and uses the opportunity to show him the boy’s drawing.

“Leon seems to realize some sort of connection between the zombie outbreak at the White House and the strange drawing, but he tells Claire that there is no relation and leaves.

“In time, these two zombie outbreaks in distant countries lead to events that shake the nation to its very core.”

Since the first game was released in 1996 on Sony PlayStation, the Resident Evil series has reached its 25th anniversary. Resident Evil is known as the gold standard of survival horror games with over 100 million units from the game series shipped worldwide.

This new series will be produced and supervised by Capcom‘s Hiroyuki Kobayashi, who is responsible for bringing numerous titles in the Resident Evil series into existence. TMS Entertainment, which has birthed various anime series, will produce the series, while Quebico, led by Kei Miyamoto, the producer of Resident Evil: Vendetta, will be in charge of the full 3DCG animation production.

This will be a horror-action series based around the stories of the two popular characters, Leon S. Kennedy and Claire Redfield. By adding suspense into dynamic action scenes, this Netflix series will reveal a Resident Evil world unlike anything seen before.

In the previously-released teaser trailer, Claire enters an abandoned building enveloped by the dark night as she happens to find “something” while Leon saves “someone” in the darkness. 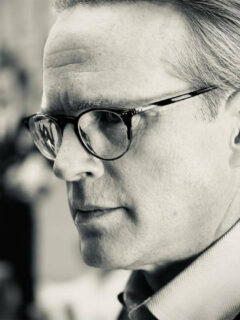 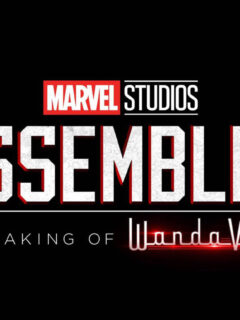 Next
Go Behind the Scenes of WandaVision in Assembled
Click here to cancel reply.
Disclaimer: This post may contain affiliate links through which we earn a commission if you decide to make a purchase, at no cost to you. As an Amazon Associate, we earn from qualifying purchases.
Get The FREE LEGO® Life Magazine! LEGO® Life Magazine is fun for kids 5-10 years old.