Home » Quibi Content to Be Rebranded as Roku Originals

Roku announced today that the content from the Quibi acquisition in January will be re-branded as Roku Originals and will be launched on The Roku Channel.

Roku Originals will also be the brand name for future original programming for The Roku Channel, the home of free, ad-supported entertainment on the Roku platform, for viewers in the U.S., the U.K. and Canada.

The company said today that additional details on the launch of Roku Originals will be shared in May.

From award-winning scripted entertainment and engaging documentaries, to new breakout unscripted series, Roku Originals will give viewers free access to bold, fresh entertainment from the biggest names in Hollywood. Viewers can enjoy relevant, diverse entertainment that is accessible to everyone, everywhere The Roku Channel is available.

More than 75 Roku Originals, including a dozen unreleased series, will debut for the first time on The Roku Channel this year.

The addition of Roku Originals comes at a time of incredible growth for The Roku Channel, which reached U.S. households with an estimated 63 million people in Q4 2020, up more than 100% year-over-year.

“We’re thrilled to introduce this award-winning and diverse portfolio of entertainment under the Roku Originals brand – it’s relevant, fun and thought-provoking TV that has something for everyone from the best talent in Hollywood, including Anna Kendrick, Chrissy Teigen, Lena Waithe, Idris Elba, Kevin Hart, and Liam Hemsworth.”

Patel added: “The Roku Channel is the place for incredible, free programming and we are excited to bring this premium content to the biggest screen in the home.”

Roku Originals will join The Roku Channel’s diverse lineup of more than 40,000 free movies and programs and 165+ free live linear television channels. The Roku Channel licenses and distributes content from more than 175 partners.

In addition to Roku devices, The Roku Channel is available on Web, iOS and Android devices, Amazon Fire TV and select Samsung TVs and can be accessed internationally in the U.S., Canada and the U.K.

Are you looking forward to seeing Quibi shows on The Roku Channel? Let us know what you think in the comments below. 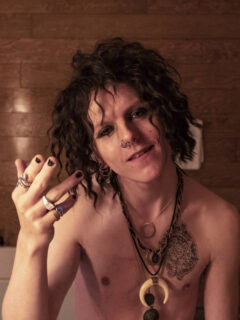 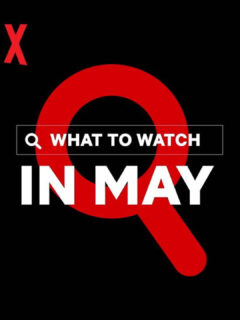 Next
Netflix May 2021 Movie and TV Titles Announced
Click here to cancel reply.
Disclaimer: This post may contain affiliate links through which we earn a commission if you decide to make a purchase, at no cost to you. As an Amazon Associate, we earn from qualifying purchases.
BigScoots Hosting: The last host you'll ever need! Click for details.