Paramount+ (try it free for 7 days) announced today it will significantly expand its content offering this summer, starting with the exclusive premiere of the sci-fi action film Infinite. The Paramount+ movies lineup will increase by more than 1,000 titles starting on June 10, 2021.

From generation-defining films and award-winning classics to thrilling action-adventure movies and family friendly hits, the streaming service’s movie library will be complemented by a summer slate of anticipated originals, plus an unrivaled sports package that includes hundreds of marquee soccer matches.

The new summer slate will roll out over the next several weeks, joining Paramount+’s already extensive content portfolio that is now available to subscribers at a new low-cost tier of just $4.99/month starting today.

“The breadth and depth of premium feature films and exclusive series coming to the service further strengthens our position in the market as a premium entertainment destination and, by offering this compelling content portfolio at an all-new low cost, makes us even more accessible to a wide consumer audience,” said Tom Ryan, President and Chief Executive Officer, ViacomCBS Streaming.

Building on the brand’s legacy as a hit movie maker, Paramount+ is dramatically scaling its feature film offering to include more than 2,500 popular titles by the end of summer 2021.

The service will also exclusively debut Infinite, a sci-fi action film starring Mark Wahlberg and Chiwetel Ejiofor and directed by Antoine Fuqua, on June 10; premiere the much anticipated PAW Patrol: The Movie on August 20, the same day it hits theaters; and become the streaming home for A Quiet Place Part II following its successful theatrical release.

Beginning this week, subscribers will have access to Paramount+ movies collection that includes:

Kids and family favorites, including Dora and the Lost City of Gold, Sonic the Hedgehog, The Addams Family, Wonder Park, The Adventures of Tintin and Charlotte’s Web;

And comedies, including Like a Boss, The Hustle, Valley Girl, What Men Want, Fighting with My Family, The Little Hours, The Dictator, I Love You, Man, Jackass Presents: Bad Grandpa, Tropic Thunder, No Strings Attached, Hello, My Name Is Doris and The School of Rock.

These blockbuster films will be available to watch along with other iconic titles from fan-favorite franchises currently featured on the service, including Indiana Jones, Mission: Impossible, Star Trek, SpongeBob SquarePants and Jackass.

The collection of Paramount+ original series will continue to expand this summer with the premiere and return of original series that span scripted dramas, kids and family, reality, comedy, music and documentaries.

The new programming will complement recent hit shows, such as Rugrats, Why Women Kill, Younger, Kamp Koral: SpongeBob’s Under Years, The Challenge: All Stars, 60 Minutes+, and From Cradle to Stage.

In addition, Paramount+ is home to CBS Sports’ English-language soccer coverage in the U.S., from hundreds of live matches across the globe to pregame and postgame studio analysis and interviews. Paramount+’s packed summer of soccer is well underway, featuring Concacaf Men’s World Cup Qualifiers in June, the start of qualifiers for UEFA Champions League, UEFA Europa League, and UEFA Europa Conference League, the start of Italy’s Serie A season in August, and Argentina’s Liga Profesional de Fútbol, Campeonato Brasileirão Série A, and NWSL regular season competition throughout the summer.

Paramount+ has two pricing tiers available to U.S. subscribers (subscribe here!) that package the best of live and on-demand programming.

Starting today, Paramount+ will provide the Essential Plan, an all-new, ad-supported tier at $4.99 per month. The new plan combines marquee sports, including NFL games and more than 1,600 soccer matches each year, with on-demand entertainment options spanning the full suite of current and upcoming shows and movies, as well as breaking news through CBSN (but will no longer include local live CBS station programming). The previously-offered limited commercial plan will no longer be available for new users, but existing users will maintain access.

Paramount+ also offers a Premium Plan at $9.99 per month that features commercial-free, on-demand entertainment with 4K, HDR and Dolby Vision and mobile downloads; an extended roster of must-watch sports; and live streams of local affiliates in over 200 markets across the U.S.

All Paramount+ subscribers will continue to have access to a seamless user interface, enhanced curation and discovery, cross-platform dynamic play functionality, personalized homepages, content categories, and central hubs for ViacomCBS’ brands. Additionally, each subscription option includes parental controls and up to six individual profiles. Later this month, Paramount+ will also roll out a new watchlist feature called My List that will allow subscribers to save shows and movies to watch at a later date. 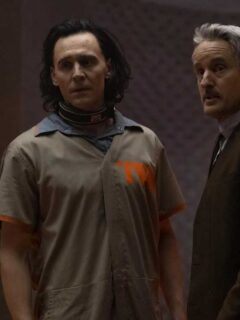 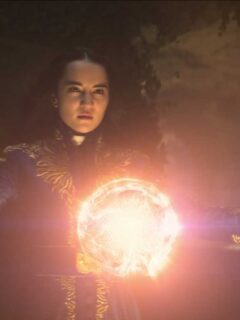 Next
Shadow and Bone Season 2 Announced!
Click here to cancel reply.
Disclaimer: This post may contain affiliate links through which we earn a commission if you decide to make a purchase, at no cost to you. As an Amazon Associate, we earn from qualifying purchases.
Amazon Prime Day 2021 is June 21 and 22! Click here for the deals.