The Outriders video game is the high-intensity RPG shooter from People Can Fly, the developers of Gears of War: Judgment and Bulletstorm, and Square Enix External Studios, the minds behind Just Cause and Sleeping Dogs. It is set in the distant future where players attempt to colonize a planet that they believe to be a new home for humanity.

Turns out, the planet doesn’t want them there. A mysterious storm called the Anomaly burnt out all the tech that’s more advanced than a lightbulb, hyper-evolved the wildlife into ferocious monsters, and colonization efforts broke down into a bitter war of attrition for the last remaining resources available to humanity.

You are an Outrider, re-awoken from cryostasis 30 years after the first landing on Enoch — emerging as an Altered — a being with access to powerful skills and healing abilities. Create and customize your own Outrider, then use their devastating array of abilities to annihilate your enemy as you embark on the journey to discover the source of a mysterious signal on a dangerous and untamed world.

You can play single-player or co-op with up to two friends as you combine skill and speed in a frenetic attempt to survive a savage future in this aggressive third-person perspective RPG-Shooter. The game is fully cross-play.

A demo for the Outriders video game is now available. Progress in the campaign will transfer to the full game for players who purchase Outriders on the same platform (pre-order at Amazon).

The demo is available now on PlayStation 5, Xbox Series X|S, PlayStation 4, Xbox One, as well as Steam and GeForce Now on PC.

Outriders is a 1-3 player co-op RPG shooter set in an original, dark and desperate sci-fi universe. As mankind bleeds out in the trenches of Enoch, you’ll create your own Outrider and embark on a journey across the hostile planet. With rich storytelling spanning a diverse world, you’ll leave behind the slums and shanty towns of the First City and traverse forests, mountains and desert in the pursuit of a mysterious signal.

Combining intense gunplay with violent powers and an arsenal of increasingly twisted weaponry and gear-sets, Outriders offers countless hours of gameplay from one of the finest shooter developers in the industry – People Can Fly.

Established in 2002, People Can Fly made its mark on the shooter genre and is known for titles such as Bulletstorm: Full Clip (launched on April 7, 2017) , Gears of War: Judgment (published in 2013), Bulletstorm (an original, Unreal Engine 3-powered onslaught of ‘kill with skill’ gameplay and blockbuster moments, published in 2011.) and Painkiller (launched in 2004). 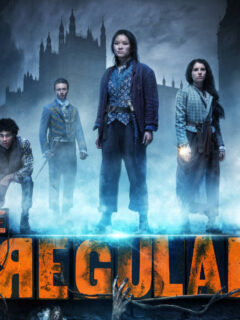 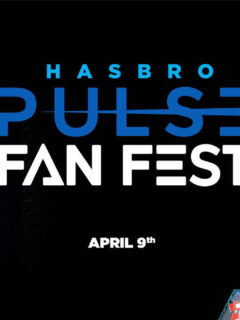 Next
Hasbro Pulse Fan Fest Announced for April 9
Click here to cancel reply.
Disclaimer: This post may contain affiliate links through which we earn a commission if you decide to make a purchase, at no cost to you. As an Amazon Associate, we earn from qualifying purchases.
Get The FREE LEGO® Life Magazine! LEGO® Life Magazine is fun for kids 5-10 years old.