Marvel’s Avengers (buy at Amazon) is now available on the PlayStation 5 and Xbox Series X|S consoles. Players who own the PlayStation 4 or Xbox One version of the game can upgrade to the full next-gen version at no additional cost and transfer their saved game to keep their progress.

Clint Barton brings his unique talents to the game at no cost to owners of the core game on all platforms. In addition to a new playable Super Hero and the new chapter in the game’s ongoing Avengers Initiative story, Marvel’s Avengers Operation: Hawkeye – Future Imperfect also introduces a powerful new villain: Maestro, a version of the Hulk driven mad in an apocalyptic future with Bruce Banner’s brains and Hulk’s strengths and abilities.

Also revealed today, Black Panther and the War for Wakanda are coming to Marvel’s Avengers along with Klaw, the Wakandan Jungle Biome, new enemies, and much more later this year.

The new trailer offers players a look at Balan Wonderworld, highlighting the magical and whimsical land of Wonderworld through the stars of the game, Leo and Emma. With the help of the enigmatic maestro Balan, players must help restore balance to the hearts of twelve troubled souls by clearing out the Negati, physical manifestations of worry and other negative emotions. To accomplish this, players will jump, climb, fly, smash and more, as they explore a multitude of unique areas, collecting over 80 unique costumes that bestow special powers to assist them along the way.

The trailer also shows off the game’s cooperative multiplayer feature, where two players can explore the game in local co-op, using creativity to overcome challenges by working together to find ideal combinations of costumes and use their abilities together to defeat enemies and save the day.

Balan Wonderworld is rated E10+ by the ESRB and will release March 26, 2021 on PlayStation 5, PlayStation 4, Nintendo Switch, Xbox Series X|S, Xbox One and Steam.

Square Enix today also premiered an in-depth 101 trailer for Outriders, the high-intensity RPG-Shooter from People Can Fly, the developers of Gears of War: Judgment and Bulletstorm, and Square Enix External Studios, the minds behind Just Cause and Sleeping Dogs.

Following a successful demo that drew over two million players in the first week and gave you a first look at Outriders dark sci-fi story campaign, intense combat, powerful loot, and deep RPG systems, the “This is Outriders 101” trailer presents more information on what comes next in the full journey across Enoch.

The demo is just the beginning. Outriders offers a massive 30+ hour journey across a wild and hostile planet, as you uncover the mystery behind the signal emanating from somewhere beyond the horizon and grow your abilities to become more powerful than anyone can imagine.

Scavenge brutal and twisted weapons and gear, and customize them with a vast array of mods that alter gameplay, as you utilize a flexible class build system to create your own unique playstyle.

When Outriders launches on April 1, you will become a demi-god on the battlefield and the unlikely last hope for Humanity.

Audiences can also feast their eyes on an all-new Outriders “Appreciate Power” CGI trailer that gives a look at the wild and hostile world of Enoch.

The demo is available now, free for everyone to play on PlayStation 5, Xbox Series X|S, PlayStation 4, Xbox One, and PC/Steam and GeForce NOW. 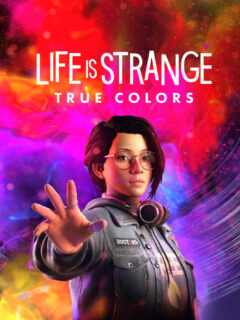 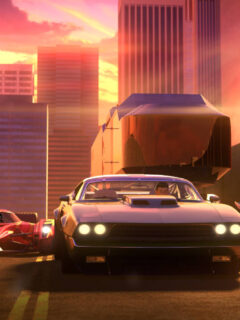 Next
Fast & Furious: Spy Racers Season 4 Heads to Mexico
Click here to cancel reply.
Disclaimer: This post may contain affiliate links through which we earn a commission if you decide to make a purchase, at no cost to you. As an Amazon Associate, we earn from qualifying purchases.
Get The FREE LEGO® Life Magazine! LEGO® Life Magazine is fun for kids 5-10 years old.