Netflix Reveals tick, tick…BOOM! Teaser and Never Have I Ever Season 2 Date

Home » Netflix Reveals tick, tick…BOOM! Teaser and Never Have I Ever Season 2 Date

Netflix today revealed both the teaser trailer for Lin-Manuel Miranda’s tick, tick…BOOM! and the premiere date for Never Have I Ever Season 2.

Pulitzer Prize and Tony Award winner Lin-Manuel Miranda makes his feature directorial debut with tick, tick…BOOM!, an adaptation of the autobiographical musical by Jonathan Larson, who revolutionized theater as the creator of Rent.

The film follows Jon (Academy Award nominee and Tony Award winner Andrew Garfield), a young theater composer who’s waiting tables at a New York City diner in 1990 while writing what he hopes will be the next great American musical.

Days before he’s due to showcase his work in a make-or-break performance, Jon is feeling the pressure from everywhere: from his girlfriend Susan, who dreams of an artistic life beyond New York City; from his friend Michael, who has moved on from his dream to a life of financial security; amidst an artistic community being ravaged by the AIDS epidemic.

With the clock ticking, Jon is at a crossroads and faces the question everyone must reckon with: What are we meant to do with the time we have?

Coming this fall to Netflix, the film is written by Tony Award winner Steven Levenson, and produced by Brian Grazer and Ron Howard for Imagine Entertainment, Julie Oh, and Lin-Manuel Miranda.

The streaming service also announced that the second season of Never Have I Ever will debut on Thursday, July 15 and the trailer will drop one week from today, on June 17 at 8 p.m. Pacific Time.

In Season 2 of the coming-of-age comedy Never Have I Ever, Indian American teenager Devi (Maitreyi Ramakrishnan) continues to deal with the everyday pressures of high school and drama at home, while also navigating new romantic relationships. 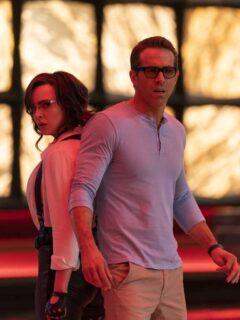 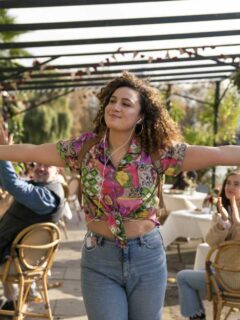 Next
HBO Max Series Starstruck Renewed for Season 2 as Season 1 Premieres
Click here to cancel reply.
Disclaimer: This post may contain affiliate links through which we earn a commission if you decide to make a purchase, at no cost to you. As an Amazon Associate, we earn from qualifying purchases.
Amazon Prime Day 2021 is June 21 and 22! Click here for the deals.