Over the last few days, Netflix has confirmed Rebelde, announced that an animated Terminator series is in development, and debuted the Operation Varsity Blues trailer.

The streaming service has announced that the new generation of Rebelde has started production in Mexico City. Check out the welcome letter from EWS above! This series is based on the IP of Cris Morena Group and Dori Media Group later adapted by Televisa.

Netflix and Skydance announced a new anime series based on the globally successful Terminator franchise, the first animated TV adaptation of the franchise.

The series is produced in partnership with Production I.G (Ghost in the Shell, B: The Beginning) who Netflix has a Production Line Deal with since 2018. Mattson Tomlin (Project Power, The Batman) will serve as showrunner and executive producer.

“Anyone who knows my writing knows I believe in taking big swings and going for the heart,” said Tomlin. “I’m honored that Netflix and Skydance have given me the opportunity to approach Terminator in a way that breaks conventions, subverts expectations and has real guts.”

John Derderian, Netflix, Vice President of Japan & Anime, added: “Terminator is one of the most iconic sci-fi stories ever created–and has only grown more relevant to our world over time. The new animated series will explore this universe in a way that has never been done before. We can’t wait for fans to experience this amazing new chapter in the epic battle between machines and humans.”

Operation Varsity Blues: The College Admissions Scandal is a documentary film coming to Netflix on March 17, 2021. You can watch the trailer below.

The film is an examination that goes beyond the celebrity-driven headlines and dives into the methods used by Rick Singer, the man at the center of the shocking 2019 college admissions scandal, to persuade his wealthy clients to cheat an educational system already designed to benefit the privileged.

Using an innovative combination of interviews and narrative recreations of the FBI’s wiretapped conversations between Singer and his clients, Operation Varsity Blues offers a rare glimpse into the enigmatic figure behind a scheme that exposed the lengths wealthy families would go to for admission into elite colleges, and angered a nation already grappling with the effects of widespread inequality. 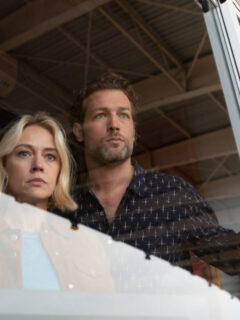 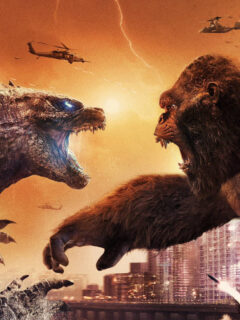 Next
Godzilla vs Kong Posters Feature More Clashes
Click here to cancel reply.
Disclaimer: This post may contain affiliate links through which we earn a commission if you decide to make a purchase, at no cost to you. As an Amazon Associate, we earn from qualifying purchases.
Get The FREE LEGO® Life Magazine! LEGO® Life Magazine is fun for kids 5-10 years old.