Netflix Reveals He’s All That, Black Crab and Santo

Home » Netflix Reveals He’s All That, Black Crab and Santo

Netflix this week revealed it has acquired worldwide rights to rom-com remake He’s All That from Miramax. The streaming service also gave a first look at Black Crab and Santo.

Directed by Mark Waters (Mean Girls, Freaky Friday), He’s All That was written by R. Lee Fleming Jr. (She’s All That). The producers include Jennifer Gibgot and Andrew Panay, with Bill Block producing for Miramax.

The film will reimagine the original plot of the 1999 teen classic She’s All That. The contemporary story will follow an influencer (Rae) who accepts a challenge to turn the school’s biggest loser (Buchanan) into prom king.

Netflix will release the film globally later this year.

In November 2020, it was revealed that Noomi Rapace will play the lead role in Swedish feature film Black Crab, directed by Adam Berg. Joining Rapace are Jakob Oftebro (The Letter for the King, Hamilton, Norsemen), Erik Enge (Tigers, The Bridge), Dar Salim (The Devil’s Double, Game of Thrones, Darkland) and Ardalan Esmaili (The Charmer, Greyzone).

Director Adam Berg said: “I’m very happy and proud to have such a strong cast breathe life into this movie and our characters. These skilled actors, their eyes, voices, faces and bodies will carry us through the story. They will make us feel the brutality of war, the importance of hope in a hopeless world and the hard price you have to pay for survival. They will bring a beautiful humanity to the cold harsh world that is the Black Crab.”

Black Crab is a Scandinavian action thriller set in a post-apocalyptic world torn apart by climate change and war. During an endless winter, six soldiers are sent on a dangerous mission across the frozen sea to transport a package that could finally end the war. Equipped with weapons and ice skates, unaware of what they’re carrying, or who they can trust, the mission challenges their beliefs and forces them to ask: what are they willing to sacrifice for their own survival?

Black Crab will be produced by Indio and is directed by Adam Berg. Berg and Pelle Rådström are the producers along with Malin Idevall and Mattias Montero.

The film is based on the novel Black Crab by Jerker Virdborg and will launch exclusively on Netflix in 2022.

Santo is a thrilling crime, action and intriguing thriller series that sometimes resembles terror. It tells the story of Santo, the world’s most wanted drug dealer whose face has never been revealed. Two police officers who go after him, Cardona (Bruno Gagliasso) and Millán (Raúl Arévalo), are initially radically opposed, but they will have to learn to collaborate and understand each other in order to solve the case and stay alive.

“Santo is like an earthquake with two simultaneous epicenters, one in Brazil and the other in Spain: the story of two policemen in two different continents who join paths to pursue a common enemy whose face has not yet been seen by anyone. The series is by itself a great challenge, but, thanks to the work of the high level team we counted on and the amazing cast, we’ll be able to watch it as it was thought to be. Working with Raúl and Bruno also ensures that this trip will leave its mark on us,” said Carlos López, creator of the series.

Verónica Fernández, director of content for Netflix Spain, added: “Santo is a series that will surprise for the originality of its approach and for having a fast-paced narrative pulse. Bringing together Spanish and Brazilian talent has led to an explosion of creativity. It’s a thriller that gives you goosebumps.” 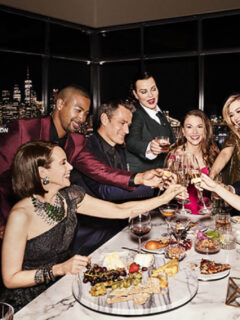 Previous
Younger Season 7 Coming to Hulu and Paramount+ in April 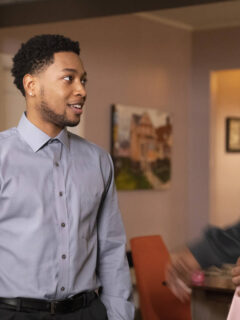 Next
The Chi, Black Monday and Flatbush Misdemeanors Premieres Set for May
Click here to cancel reply.
Disclaimer: This post may contain affiliate links through which we earn a commission if you decide to make a purchase, at no cost to you. As an Amazon Associate, we earn from qualifying purchases.
Get The FREE LEGO® Life Magazine! LEGO® Life Magazine is fun for kids 5-10 years old.