Netflix has released new trailers for its upcoming March and April titles Bad Trip, Last Chance U: Basketball, Seaspiracy and Thunder Force. You can learn more about each title below!

From one of the guys that brought you Jackass and Bad Grandpa, this hidden camera comedy follows two best friends as they go on a cross-country road trip full of hilarious, inventive pranks, pulling its real-life audience into the mayhem.

Over the course of eight episodes, viewers will follow the East Los Angeles College Huskies (ELAC) in their high stakes chase to an unprecedented California state basketball championship.

Led by passionate head coach John Mosley, the ELAC team is made up of former D1 recruits and powerhouse athletes hustling to prove themselves for a last chance to fulfill their dreams of playing at the next level. But the team is tested as the players battle adversity, inner demons, and emotions on and off the court.

Last Chance U: Basketball is a Netflix production in association with GQ Studios, Endgame Entertainment, One Potato Productions, and Boardwalk Pictures.

From the co-creator who brought you the groundbreaking documentary Cowspiracy comes Seaspiracy, a follow up that illuminates alarming — and not widely known — truths about the widespread environmental destruction to our oceans caused by human behavior. The film will be available on March 24.

Filmmaker Ali Tabrizi initially set out to celebrate his beloved ocean, but instead found himself examining the harm that humans inflict upon the vulnerable seas.

From plastics and fishing gear polluting the waters, to the irreparable damage of bottom trawling and by-catch, to illegal fishing and devastating hunting practices, humanity is wreaking havoc on marine life and, by extension, the entire planet.

What Tabrizi ultimately uncovered not only challenges notions of sustainable fishing but will shock anyone who cares about the wonders of ocean life, as well as the future of the planet and our place on it.

In a world where supervillains are commonplace, two estranged childhood best friends reunite after one devises a treatment that gives them powers to protect their city. 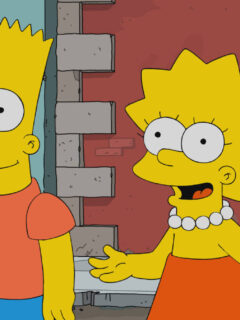 Previous
FOX Renews The Simpsons and Expands Animation to Mondays 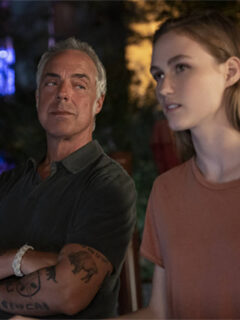 Next
Bosch Spinoff Series Picked Up by IMDb TV
Click here to cancel reply.
Disclaimer: This post may contain affiliate links through which we earn a commission if you decide to make a purchase, at no cost to you. As an Amazon Associate, we earn from qualifying purchases.