Netflix has revealed trailers for its upcoming animated titles, Eden and Wish Dragon. You can watch both trailers by scrolling down!

Eden will debut on the streaming service on May 27 and Wish Dragon will follow on June 11.

In a distant future lies a city known as Eden, barren of humans for thousands of years. Robots have been the only form of existence since. A human baby girl, Sara, awakes from stasis, questioning all they were taught to believe.

No longer an ancient myth, two robots E92 and A37 become her surrogate parents, raising her in a safe haven outside Eden.

Who is Sara, and if humans have not existed for a long time, where and why did she appear? Join the 3 unlikely bunch on their journey to discover the truth.

In Wish Dragon, Din, a working-class college student with big dreams but small means, and Long, a cynical but all-powerful dragon capable of granting wishes, set off on a hilarious adventure through modern day Shanghai in pursuit of Din’s long-lost childhood friend, Lina.

Their journey forces them to answer some of life’s biggest questions – because when you can wish for anything, you have to decide what really matters. 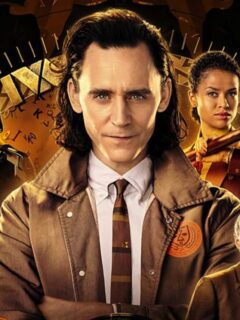 Previous
Countdown to the Loki Series Begins with a New Poster 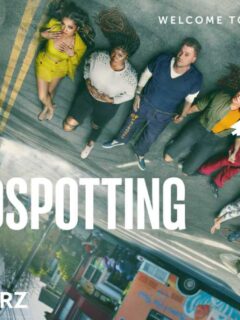 Next
Starz Releases the Blindspotting Trailer and Key Art
Click here to cancel reply.
Disclaimer: This post may contain affiliate links through which we earn a commission if you decide to make a purchase, at no cost to you. As an Amazon Associate, we earn from qualifying purchases.
Amazon Prime Day 2021 is June 21 and 22! Click here for the deals.