National Geographic Content President Courteney Monroe today announced the National Geographic series scheduled for the 2021-2022 season. The channel will be going further with groundbreaking, visually spectacular storytelling from the best explorers, photographers and filmmakers in the world.

“Unearthing moments of discovery is all about having the right guides, and we work with best in the business: explorers, visionary creatives, and adventurers, in front of and behind the camera,” said Monroe. “Bringing these moments back to you is what National Geographic has always done best—telling bold, best-in-class stories that ignite curiosity and that inspire people to explore and care about our world in new ways.”

Monroe also announced that Garth Brooks will join as narrator and executive producer of the network’s next natural history series, National Parks. Brooks will serve as a guide through the magnificent land and awaken the sense of wonder and exploration that unites us all and our presence on this planet.

Additionally, National Geographic sets Thanksgiving weekend as the airdate for its limited series The Hot Zone: Anthrax, starring Daniel Dae Kim and Tony Goldwyn. The first season of The Hot Zone focused on the Ebola outbreak and became the network’s most-watched scripted series ever.

The National Geographic series include cultural explorers like Gordon Ramsay, searching for that moment of bliss in Gordon Ramsay: Uncharted; fierce fact-finders like Mariana van Zeller, who go further to challenge what you know of the world in Trafficked; the guru that is Bear Grylls, leading celebrity guests toward moments of pure enlightenment in Running Wild with Bear Grylls; and the resilient adventurers in the network’s most Emmy®-winning series Life Below Zero, who have chosen a different life in favor of the brutal Alaskan wilderness.

With the new series The ’80s: Top Ten, National Geographic will go down memory lane with the best of ‘80s lists and remind viewers why the aftershocks of that decade are still felt today. With the additional new series Brain Games on the Road, they test viewers’ brainpower as our curiosity host Chuck Nice sets up blind dates between science and play in an epic battle of the brains.

NATIONAL PARKS
Narrated by Garth Brooks (Wildstar Films)
Narrated by Brooks, National Geographic’s new series will turn its state-of-the-art cameras on the country’s homegrown beauty and showcase the grandeur of America’s national parks. Each park offers something unique, from mountain lions on the precipice of the Grand Canyon to the active volcanoes in Hawaii. NATIONAL PARKS will give viewers an up-close and personal feel of the most spectacular vistas and wildlife over 10 spectacular locations across the country. From east to west and north to south, this series will awaken the sense of wonder and exploration in everyone. It’s the land that defined and inspired the American story, revealing to the world the diversity and wonder of the most beautiful continent on Earth. Brooks is also executive producer and for Wildstar Films, executive producer is Dan Rees, supervising producers are Myles Connolly and Ben Wallis.

TENTH ANNUAL SHARKFEST
Renewed for Summer 2022
National Geographic’s 10th annual SHARKFEST takes you up close and personal with one of nature’s most feared—and often misunderstood—predators. The frenzy of SHARKFEST programming is sure to captivate viewers with truth that is stranger than fiction, from the latest developments in shark research and preservation to new ways to predict shark attacks.

BRAIN GAMES ON THE ROAD (Magical Elves)
In this half-hour fun-filled series, National Geographic takes fan-favorite BRAIN GAMES out of the studio and on the road, giving average Americans the chance to test their brainpower as they take on friends and family in an epic battle of the brains. In each episode, host Chuck Nice pits two teams of four players against each other in a friendly competition for all ages filled with mind-bending games designed for at-home play—guaranteed to make you smarter. The winning team takes home the coveted BRAIN GAMES trophy and, of course, bragging rights. BRAIN GAMES is executive produced by Casey Kriley, Jo Sharon, James Rowley, and co-executive produced by Lisa Pegnato for Magical Elves.

CALLED TO THE WILD (ITV Entertainment)
Would you trust your best friend with your life? In a brand-new adventure series, top human-dog teams depend on each other to survive and thrive in the wild. Each week three new teams of man or woman and their dogs embark on a 10-day wilderness challenge testing the limits of their survival skills and the strength of their indelible bond. The team that demonstrates the most teamwork, grit and ingenuity at the end of 10 days is declared the winner, proving they have what it takes when they are CALLED TO THE WILD. Produced by ITV America’s ITV Entertainment, CALLED TO THE WILD is based on an original format created by Marshal Bishop Productions. Executive producers are Jordana Hochman, Eric Hoberman and Steve Rankin for ITV Entertainment, as well as Mark Wescott and Duncan Gaudin for Marshal Bishop.

INTO THE UNKNOWN (W.T.)
From Academy Award®-Winning Executive Producers E. Chai Vasarhelyi and Jimmy Chin
This series takes audiences inside the minds of elite adventure athletes through transformative stories of confronting fear, devastating personal loss and Mother Nature at her harshest. Through intimate interviews and self-shot archival footage from surfers, climbers, snowboarders, polar explorers and kayakers, we witness the mental, physical and emotional toll of their high-stakes endeavors. Pioneering elite adventure athletes featured in the series include professional snowboarder Travis Rice and arctic explorer Sarah Landry. INTO THE UNKNOWN is a front-row seat to adventure—and what it takes to adapt when something goes catastrophically wrong. Executive producers are E. Chai Vasarhelyi, Jimmy Chin, Anna Barnes and Pagan Harleman

THE ‘80s: TOP TEN (Nutopia)
Pop culture icon Rob Lowe takes viewers down memory lane with six entertaining and thought-provoking top 10 countdowns of 1980s pop culture, as voted by a panel of experts. Revisit the most memorable moments, gadgets, toys, fast foods, commercials and streetwear of this iconic decade, and see which items our panel put at the top of each list. With stories you’ve never heard before from stars who were at the heart of the action, from the launch of MTV and the Apple Macintosh to the tale of Teddy Ruxpin and Wendy’s Super Bar, this series will remind you why the aftershocks of the ‘80s are still felt today. THE ’80S: TOP TEN is executive produced by Jane Root, Matt Edmonds, and Nicola Moody for Nutopia. Lowe is also executive producer.

EXPLORER
(ABC News and Lincoln Square Productions)
National Geographic’s EXPLORER, a hallmark of Nat Geo storytelling since it first launched in 1985, is set to return this upfront season as a series of specials produced in partnership with ABC News, who will bring familiar faces to the series. GMA co-anchors Michael Strahan and Robin Roberts follow the progress of the expeditions, especially at critical turning points. Earlier this year, EXPLORER embarked on two groundbreaking scientific expeditions—one above the Earth and one below. An elite climbing team guided by Alex Honnold, the professional climber of critically acclaimed feature doc FREE SOLO, will be the first to ascent up 1,000 feet of sheer rock to the top of Tepui, a remote “island in the sky” deep in the Amazon jungle. Their mission is to deliver 80-year-old National Geographic Explorer and biologist Bruce Means in search of undiscovered species. Then in the other expedition, Dr. Bill Stone, one of the most experienced caver in the world, has a lifelong quest to hold the record for going deeper beneath the Earth than any human. Stone will lead an expedition to the bottom of the Cheve Cave, 8,000+ feet underneath Mexico’s Sierra Juarez mountains. EXPLORER will cover timely topics, a featured magazine story and more, further deepening viewers’ understanding of the world through provocative storytelling. For Lincoln Square Productions, Drew Pulley is executive producer, and Jeanmarie Condon is senior executive producer.

GORDON RAMSAY: UNCHARTED
Renewed for Season Four (Studio Ramsay)
Gordon Ramsay laces his boots, grabs his knives and buckles up as he hits the road to embark on more exhilarating adventures, exploring world cultures through food in National Geographic’s GORDON RAMSAY: UNCHARTED. The multiple Michelin-starred chef and Ironman athlete feasts his way around the globe—risking life and limb in daring missions—in pursuit of culinary inspiration and edible excellence. In the most ambitious and far-reaching season yet, Ramsay partakes in culinary customs, learns about delicious delicacies and tastes fresh flavors unique to each region under the guidance of the local experts and food legends he meets along the way. GORDON RAMSAY: UNCHARTED is executive produced by Gordon Ramsay, Lisa Edwards, Jon Kroll and Tom Willis for Studio Ramsay.

RUNNING WILD WITH BEAR GRYLLS
Renewed for Nat Geo Season Three (Electus, a Propagate Company and The Natural Studios)
Last season, the hit outdoor adventure series RUNNING WILD WITH BEAR GRYLLS found its new home on National Geographic with bigger action and wilder destinations than ever before. World-renowned survivalist Bear Grylls returns for another season, leading a brand-new slate of celebrities into the wildest corners of the planet for epic, life-changing adventures that will challenge their perceived limitations. Each week, a new celebrity guest leaves the luxury of their homes to join Bear for a no-holds-barred journey through some of the most extreme environments in the world. Together, they must rely on bushcraft techniques to survive each dangerous location while pushing through both mental and physical limits to face ambitious obstacles that will make even the bravest shudder. RUNNING WILD WITH BEAR GRYLLS is produced by Electus, a Propagate Company, and The Natural Studios. For Electus and The Natural Studios, Bear Grylls serves as executive producer along with Chris Grant, Drew Buckley, Ben Silverman, Howard Owens, Liz Schulze, Rob Buchta and Delbert Shoopman.

TRAFFICKED WITH MARIANA VAN ZELLER (Previously Announced)
Renewed for Season Two (Muck Media)
Award-winning journalist Mariana van Zeller continues her harrowing exploration into the underworld’s most dangerous black markets. Armed with National Geographic’s trademark inside access, each episode follows Mariana as she works her way inside a different black market or global trafficking network—from meth, marijuana and stolen cars to outlaw bikers clubs and Amazon mafias—where she meets the players and learns the business, all in an effort to understand the inner workings of the world’s multitrillion-dollar shadow economy. For Muck Media, executive Producers are Mariana van Zeller, Darren Foster and Jeff Plunkett.

EARTH DAY
April 22, 2022
National Geographic celebrates Earth Day by showcasing series and specials, such as the brand’s landmark natural history programming, to engender a deeper love of the Earth that enables fans to see the world like they never have before.

NATIONAL PARKS WEEK
America, get ready for your close-up. National Geographic’s new series will turn its state-of-the-art cameras on the country’s homegrown beauty and showcase the grandeur of America’s national parks. NATIONAL PARKS WEEK will give viewers an up-close and personal feel of the most spectacular vistas and wildlife in the Grand Canyon, Yosemite and Hawai’i Volcanoes… just to mention a few. 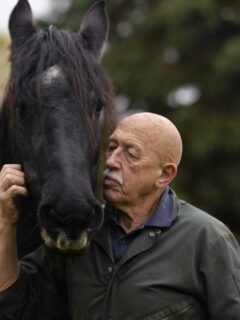 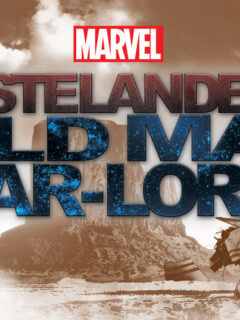 Next
Marvel, SiriusXM Debut Marvel's Wastelanders: Old Man Star-Lord
Click here to cancel reply.
Disclaimer: This post may contain affiliate links through which we earn a commission if you decide to make a purchase, at no cost to you. As an Amazon Associate, we earn from qualifying purchases.
Amazon Prime Day 2021 is June 21 and 22! Click here for the deals.