Apple has given a straight-to-series order for Lady in the Lake, a new limited series directed and co-written by Alma Har’el that will co-star Academy Award winners Natalie Portman and Lupita Nyong’o.

All three women will serve as executive producers along with Dre Ryan, who will co-create and co-write the series with Har’el, who will write the pilot.

Lady in the Lake is an adaptation of Laura Lippman’s New York Times best-selling novel of the same name (buy at Amazon).

The limited series takes place in ’60s Baltimore, where an unsolved murder pushes housewife and mother Maddie Schwartz (Portman) to reinvent her life as an investigative journalist and sets her on a collision course with Cleo Sherwood (Nyong’o), a hard-working woman juggling motherhood, many jobs and a passionate commitment to advancing Baltimore’s Black progressive agenda.

Lady in the Lake, produced by Crazyrose and Bad Wolf America, is executive produced by Har’el alongside producing partner Christopher Leggett through her new production company, Zusa.

Author Laura Lippman and Dre Ryan will also executive produce on the project. Endeavor Content is the studio.

She is also the first woman in DGA Awards history to be nominated for both commercial directing (2018) and narrative directing (2020). 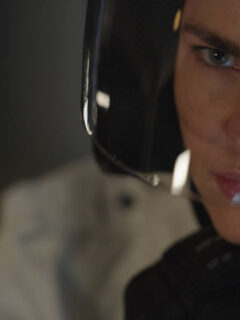 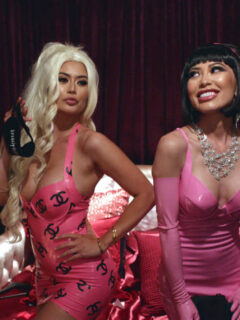 Next
Bling Empire and Selling Sunset Renewed, Netflix Orders Two More Series
Click here to cancel reply.
Disclaimer: This post may contain affiliate links through which we earn a commission if you decide to make a purchase, at no cost to you. As an Amazon Associate, we earn from qualifying purchases.
Get The FREE LEGO® Life Magazine! LEGO® Life Magazine is fun for kids 5-10 years old.