NBCUniversal Television and Streaming has entered into an overall talent and development agreement with superstar entertainer Miley Cyrus. The company’s Peacock streaming service has also revealed music comedy We Are Lady Parts.

Within this ecosystem, Cyrus will have the opportunity to leverage her talents as producer, performer and host across network, cable, streaming and syndication programming.

The agreement includes a commitment of three specials for Cyrus across the portfolio, the first of which will be “Stand By You” a Pride Concert Special, exclusively for Peacock. The one-hour special, filmed in Nashville, will feature Cyrus singing an array of her hits and putting her creative spin on beloved classics, all in the spirit of PRIDE.

“Miley is the true definition of a multi-hyphenate superstar and her Pride special, ‘Stand By You’ for Peacock is the perfect way to kick off this incredible partnership,” said Susan Rovner, Chairman, Entertainment Content, NBCUniversal Television and Streaming.

“The creative possibilities for Miley across our portfolio are literally endless and we can’t wait to collaborate on amazing projects across genres with her, Tish Cyrus’s Hopetown Entertainment and Adam Leber for Rebel.”

Said Cyrus: “I have had an incredible long-lasting relationship with NBC for years! Many memorable moments in my career have been shared and supported by NBCU! This feels like a natural progression and I am looking forward to creating content that we love and hope everyone who watches does too! We’re starting this journey together with a Pride special on Peacock to celebrate a month we both want to highlight with this concert event!”

In related news, Peacock Original music comedy We Are Lady Parts, in association with Channel 4, will premiere Thursday, June 3. All six episodes will drop at once on Peacock.

We Are Lady Part is an anarchic, joyful and irreverent music comedy following a Muslim female punk band — called Lady Parts — who are on a mission to find a lead guitarist and maybe, just maybe, get a proper gig. The series is written, created and directed by Nida Manzoor, who has drawn on her own experiences and taken inspiration from the rich and diverse cultural collectives and artists in London, and boasts an exciting ensemble cast of fresh British acting talent.

We Are Lady Part shows the highs and lows of the band — Lady Parts — as seen through the eyes of Amina Hussain – a geeky microbiology PhD student, who’s on the lookout for love and is recruited to be their unlikely lead guitarist. Lady Parts’ fierce and enigmatic frontwoman Saira sees something in Amina.

However, the other members – taxi-driving drummer Ayesha, cartoon-drawing bassist and backing vocalist Bisma and the band’s wheeler-dealer band manager Momtaz – are not convinced she is right for their band.

Amina has never met girls like this before, and she’s soon swept up in their joyful, anarchic energy and punk spirit. But she becomes torn and caught up between two different worlds – that of her more strait-laced university friends led by her bestie Noor and the world of Lady Parts. Will she be the key to the band’s success? And – will she finally find a husband?

We Are Lady Part is at once an unapologetically bold comedy and a joyful celebration of the richness and diversity found in contemporary London, whilst also an exploration on the fundamental questions of life: Who am I? Where and with whom do I belong? But ultimately it’s about funny women with real agency, forging their own lives and identities in a world determined to do it for them.

The series is packed with original punk songs and surprising cover tracks, written and adapted by Nida and her siblings Shez Manzoor, who also scored the show, Sanya Manzoor and Benni Fregin.

From Working Title Television (WTTV), which is part of NBCUniversal International Studios, a division of Universal Studio Group, WE ARE LADY PARTS was created, written and directed by Nida Manzoor. It was commissioned for Channel 4 by Fiona McDermott, Head of Comedy, and Laura Riseam, Commissioning Executive. 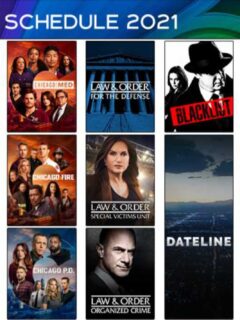 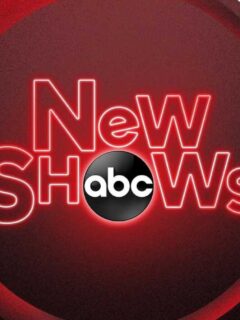 Next
Abbott Elementary, Maggie, The Wonder Years and Queens Picked Up by ABC
Click here to cancel reply.
Disclaimer: This post may contain affiliate links through which we earn a commission if you decide to make a purchase, at no cost to you. As an Amazon Associate, we earn from qualifying purchases.
Amazon Prime Day 2021 is June 21 and 22! Click here for the deals.