Amazon has announced the Making the Cut Season 2 designers, which you can all view below. Hosted and executive produced by Heidi Klum and Tim Gunn, the second season will premiere on Amazon Prime Video on Friday, July 16, 2021.

The eight-episode fashion competition series, which brings together a diverse group of 10 visionary designers and entrepreneurs, will drop two new episodes each week, culminating in a grand finale with an epic runway show on August 6, 2021.

Filmed in Los Angeles, the Making the Cut Season 2 designers come from five different countries and compete in assignments that challenge not only their design skills but also their ability to run all facets of a fashion brand. Throughout the competition, designers who do not “make the cut” will be eliminated, with the winner crowned during the finale episode receiving the ultimate prize of $1 million to invest in their business, the opportunity to sell a collection in Amazon Fashion’s store, and a mentorship with Amazon Fashion.

Limited editions of the winning look from each episode will be available for purchase immediately following each episode exclusively in Amazon Fashion’s Making the Cut store. After most winning looks from Season One sold out in under two days, Season Two will offer increased availability of winning looks.

The series is executive produced by Sara Rea, Page Feldman, Heidi Klum, Tim Gunn, and Jennifer Love and is produced by Hello Sunshine and Amazon Studios.

Ally Ferguson (Los Angeles, California): Ally Ferguson has over 15 years of experience in the fashion industry, learning from iconic brands such as G Star Raw, Ed Hardy, and Field Scout, to name a few. In 2016, the Los Angeles native founded Seeker, a gender and age-inclusive, locally sourced, sustainable, organic hemp fashion label. Seeker was developed as an experiment after Ferguson was inspired by experiencing other cultures while traveling. Ferguson is enamored with the beauty of simplicity, which inspired Seeker’s ethos to provide low-impact organic garments made in Los Angeles for all expeditions. Before devoting her time at Seeker, she founded Metta Agency, a full package design, development and manufacturing platform catering to niche celebrity clientele such as Tyler the Creator for his brand Golf Wang, YG for his label 4 Hunnid and Kim Kardashian’s brand Kimoji.

Andrea Pitter (Brooklyn, New York): Andrea Pitter is a force and inspiration in an industry that often lacks inclusivity and representation for the independent Black design entrepreneur. She is a proud fashion design graduate of the Fashion Institute & Technology, and for the past 10 years, has been on a mission to help transform engaged women into breathtaking brides with her stunning collections of bridal ensembles. Known for pairing signature classic silhouettes and modern details, her team has served thousands of brides and bridal parties since opening the New York City flagship of her label, Pantora Bridal. As she expands her brand to include additional brick and mortar stores and a ready-to-wear collection, her commitment to representing the unrepresented in mainstream bridal is taking center stage with notable mentions from publications including Vogue Paris, Brides, Munaluchi, Essence and a recent feature on the cover of The Knot.

Andrea Salazar (Medellín, Colombia): Andrea Salazar is a Latin American fashion designer and founder of the world-renowned brand, SETA. Born and raised in Colombia, Andrea moved to England at 17, where she studied the English language and developed her passion for fashion. She then moved to Brazil, where she graduated with a Master’s Degree in International Business. At 22, she moved back to Colombia, where she founded the fashion brand SETA with her sister Eliana. Later, Andrea moved to Miami to expand her booming business. SETA is now an international brand that has participated in New York and Paris Fashion Weeks and has been featured in Vogue, Elle Magazine and The Today Show. Andrea is known for creating statement pieces, inspired by the inner power every woman has, and the uniqueness, versatility and sophistication of her style is what makes her one of the most influential designers in Latin America.

Dushyant Asthana (Jaipur, India): Dushyant is a multi-disciplinary artist and fashion designer, who showed extreme interest in fashion from an early age, designing his own clothing and often altering his father’s garments from the 1960s and 1970s. Raised in a culture of vibrant colors, textiles and art in India, Dushyant’s influences became the world around him that instilled a sense of propriety and respect for oneself and others, to be echoed in one’s stylistic comportment. Effortlessly integrating unconventional accents from the East with classic Western stylistic principles, Dushyant designs clothing for a global audience. Dushyant earned his Bachelor’s in Engineering and, after moving to the United States, a Master of Science from George Mason University. Dushyant currently resides in Los Angeles.

Gary Graham (Franklin, New York): Gary Graham is an artist who approaches fashion design as a material culture of elegance and decay. His work often combines historical narratives with fictional characters, blurring distinctions between past, present and future in mysterious and unexpected ways. For over 20 years, Graham worked in the fashion industry as his own label, Gary Graham. Known for his engineered jacquards, knitwear, intricate detailing, embroidery and his own signature prints, Graham’s ready-to-wear collections have been featured in stores such as Barneys New York, Barneys Japan, Dover Street Market, If Boutique, Trois Pommes and boutiques across the globe. In 2009, he established his own boutique in Tribeca and was honored as a CFDA/Vogue Fashion Fund Finalist. In 2018, Graham launched his latest project GaryGraham422, a site-specific, multidimensional operation stationed in Franklin, NY which is the physical and conceptual reincarnation of the Gary Graham brand and a reflection of his aesthetic mission: looking back to look forward.

Joshua Scacheri (London, England): Joshua Scacheri is a captivating multi-product menswear and womenswear designer with over 15 years of experience in the fashion industry. Born in Australia, Scacheri moved to Italy at the age of 16 where he became inspired to pursue a career in fashion after his football career. His first brand was established in 2006 in Australia, which fast became the go-to brand for menswear as a New Gen Designer. In 2012, Scacheri moved to London where he worked for some of the most iconic British Heritage brands in the luxury and retail market, learning from the best to understand how the business of fashion works and honing his craft of tailoring and design. His distinct collections have graced international catwalks and been featured in global publications such as GQ, Harper’s Bazaar and Vogue, to name a few. Scacheri is passionate about sustainability and creates mood-boosting designs where color, print and texture bring clothes to life. Making the Cut will mark the launch of his much-awaited planet conscious clothing brand, LOVE HERO.

Lendrell Martin (South Orange, New Jersey): Martin is a graduate of Drexel University’s Fashion Design program and created his namesake line of ready to wear fashion for men & women in mixed media materials with an emphasis on jackets & outerwear. Lendrell has represented the United States in international design competitions, and has over a decade of industry experience working for fashion brands. With purpose as a core, mentoring young men of color for career exposure and advancement is important to him. While Lendrell dedicates time and resources to several organizations, the Obama Foundation has been one of many to recognize his community efforts.

Lucie Brochard (Paris, France): Lucie Brochard is a Parisian designer who grew up at the crossroads of French, Vietnamese and Korean cultures. After graduating in 2007 from Chambre Syndicale de la Couture Parisienne school, she won a scholarship in 2008 to study menswear and photography at the Academy of Arts University in San Francisco. She learned from luxury houses including Chloe, Paule Ka and Chistian Lacroix. Brochard established her brand, LUCIE BROCHARD.võ, and organized her first two fashion shows during the 2015 and 2016 Paris Fashion Week. Brochard had the honor to present her trilogy collection at Seoul Fashion Week and has also presented at International Exhibition of Korean Fashion Arts – Musée des Arts Décoratifs, Paris. Her dresses have been on the cover page of Van Cleef & Arpels. Today the brand is distributed in the US, Korea, Lebanon and Germany.

Olivia Oblanc (New Orleans, Louisiana): Olivia Oblanc attended Parsons The New School for Design. Three months after graduating in 2017, she launched her brand, ØBLANC, with the help from the dean of fashion. ØBLANC is a unisex clothing and accessories brand based in New York City that focuses on reinterpreting workwear functionality and blending with graphic branding. ØBLANC also specializes in sustainability by repurposing denim and recycling fabric waste. In 2018, Oblanc collaborated with Adidas Originals and Kendall Jenner on a collection that debuted at an event with an experiential presentation, film screenings and energetic DJ sets in London.

Raf Swiader (Sosnowiec, Poland): Raf Swiader moved to New York at sixteen years old to pursue a career in fashion. After graduating from the Fashion Institute of Technology, he landed his first job on Seventh Avenue designing womenswear. He then spent eight years in Los Angeles working for a menswear brand. He threw the binary aside to launch R.Swiader, a gender-optional line inspired by the art, people, and culture he loves. It wasn’t long before the energy of his adopted hometown called him back. In 2016, he opened his first boutique in downtown Manhattan, which has become a clubhouse-like space for his community to come together and share their vision for a future free of rules or judgement. 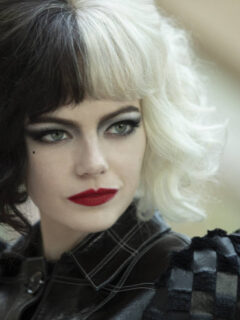 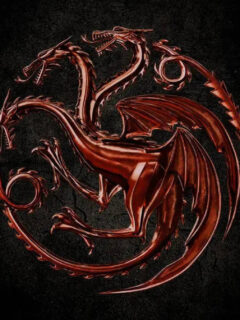 Next
HBO Releases the First Official House of the Dragon Photos
Click here to cancel reply.
Disclaimer: This post may contain affiliate links through which we earn a commission if you decide to make a purchase, at no cost to you. As an Amazon Associate, we earn from qualifying purchases.
Amazon Prime Day 2021 is June 21 and 22! Click here for the deals.