Making of The Falcon and The Winter Soldier on Disney+

You can watch the trailer for the new special, which will be available on Disney+ starting Friday, April 30, by using the player below.

The second episode of the groundbreaking Assembled series follows Anthony Mackie, Sebastian Stan and members of the cast and crew as they take fans inside the making of the hard-hitting series The Falcon and The Winter Soldier. Viewers will learn how the roots of these two characters reach as far back as Captain America: The Winter Soldier, and the momentum has steadily built over their subsequent films.

The creative minds behind the series leaned into these characters’ rich storylines along with the dynamic chemistry between Mackie and Stan as a launch pad for the series to explore the post-blip world while drawing inspiration from and coming to terms with the legacy of Captain America.

The cast and crew will talk about the special alchemy they’ve developed for the series by blending genres from spy thrillers to buddy cop vehicles.

The episode also showcases how the team filmed the high-flying, globe-trotting action, brought back fan favorites such as Emily VanCamp’s Sharon Carter and Daniel Brühl’s Baron Zemo, and introduced new characters into the mix.

Earlier this week, Marvel Studios released a new poster featuring Sam Wilson (Mackie) as Captain America in The Falcon and The Winter Soldier. All six episodes, including the finale showcasing Sam’s official debut with the iconic shield, are now streaming exclusively on Disney+.

The image reveal came just days after word broke that a fourth Captain America movie is in development. Malcolm Spellman, who is the head writer and creator of The Falcon and The Winter Soldier, will co-write the script with Dalan Musson, a staff writer on the series.

Chris Evans is not expected to return for the next installment now that Mackie has officially taken over the role via the Marvel Studios series. Evans played Captain America in the first three movies, as well as in the four Avengers films.

No director is attacked to the fourth Captain America movie yet and Marvel Studios is naturally still keeping things under wraps.

Coming next to Disney+ following WandaVision and The Falcon and The Winter Soldier is Marvel Studios’ Loki, premiering March 19 on the streaming service. Loki features the God of Mischief as he steps out of his brother’s shadow in a new series that takes place after the events of Avengers: Endgame. 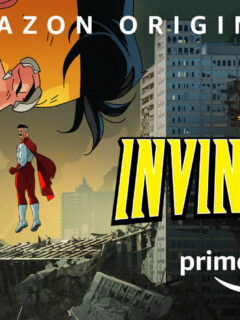 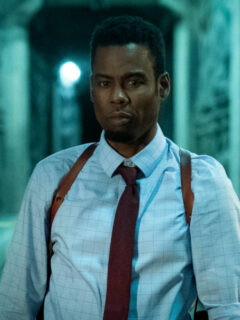 Next
New Spiral Movie Clips as Tickets Go on Sale
Click here to cancel reply.
Disclaimer: This post may contain affiliate links through which we earn a commission if you decide to make a purchase, at no cost to you. As an Amazon Associate, we earn from qualifying purchases.