In Lucifer Season 5 Part 2, God himself comes to Earth. Secrets will be revealed, heroic sacrifices will be made, and the world will never be the same.

Netflix previously gave the green light to Lucifer Season 6, which will also mark the final season of the show. Executive producers Joe Henderson and Ildy Modrovich will return for the final season.

The series is the story of the original fallen angel. Lucifer, bored and unhappy as the Lord of Hell, resigns his throne and abandons his kingdom for the gorgeous, shimmering insanity of Los Angeles, where he gets his kicks helping the LAPD punish criminals.

Charming, charismatic and devilishly handsome, Lucifer has a way of manipulating people into confessing their deepest, darkest secrets, which helps Chloe deliver justice. But Lucifer quickly discovered that Chloe makes him vulnerable. When he’s around her, the devil can bleed like anyone else.

It’s a truly scary realization that doesn’t sit well with his best friend, Mazikeen aka Maze, a fierce demon in the form of a beautiful young woman.

Maze wants nothing more than to leave Los Angeles and get back to her life in Hell, but Lucifer is having one hell of a good time with the mortals, and she is not about to leave him behind.

In the fifth season of Lucifer, the stakes are higher than ever. Secrets will be revealed, beloved characters will die, and we’ll finally get an answer to the question, “will they or won’t they?” 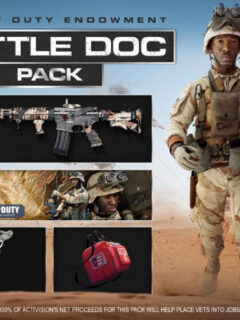 Next
Green Lantern, Naomi, and Titans Series Updates from DC Comics
Click here to cancel reply.
Disclaimer: This post may contain affiliate links through which we earn a commission if you decide to make a purchase, at no cost to you. As an Amazon Associate, we earn from qualifying purchases.