Netflix today announced the cast for the live-action Cowboy Bebop series, based on the original animated show. Joining the Cowboy Bebop cast are John Cho, Mustafa Shakir, Daniella Pineda, and Alex Hassell. The streaming service also confirmed that Radical Ed is in but hasn’t been cast yet.

Based on the worldwide phenomenon from Sunrise Inc., Cowboy Bebop is the jazz-inspired, genre-bending story of a rag-tag crew of bounty hunters on the run from their pasts, as they hunt down the solar system’s most dangerous criminals. They’ll even save the world… for the right price.

John Cho (Star Trek, Searching) as Spike Spiegel: Spike Spiegel is an impossibly cool “cowboy” (bounty hunter) with a deadly smile, a wry wit, and style to spare. He travels the solar system with his ex-cop partner, Jet, pursuing the future’s most dangerous bounties with a combination of charm, charisma — and deadly Jeet Kune Do.

SPIKE…
Haunted by visions of the woman he loved and lost, Julia, Spike’s criminal past slowly catches up to him — putting him and the Bebop crew in the crosshairs of the solar system’s most lethal criminal organization, the Syndicate. pic.twitter.com/NurBCkDyPO

Mustafa Shakir (Marvel’s Luke Cage) as Jet Black: Jet Black was one of the few honest cops in the solar system before an ultimate betrayal robbed him of all that he loved, forcing him into a vagabond life of hunting bounties to put food on the table. Jet is an inveterate jazz enthusiast and Captain of the Bebop.

JET…
Jet holds tight to his honor and optimism, acting as a father figure to his misfit crew, always seeing the best in his partner, Spike… until it’s too late. pic.twitter.com/X2fePKoM7E

Daniella Pineda (Jurassic World: Fallen Kingdom; What/If) as Faye Valentine: Faye Valentine is a bold, brash and unpredictable bounty hunter. Suffering from amnesia after years of being cryogenically frozen, Faye does whatever it takes to survive. Whether she’s lying, stealing, or just being a thorn in Spike and Jet’s side.

FAYE…
She’s always on the search for the person with the key to her identity. In the meantime, she’ll fake it till she makes it. pic.twitter.com/UJDP1ZDQeA

VICIOUS…
Once he was Spike’s best friend, now he’s his mortal enemy and is obsessed with taking him down. pic.twitter.com/PWXmn023JD 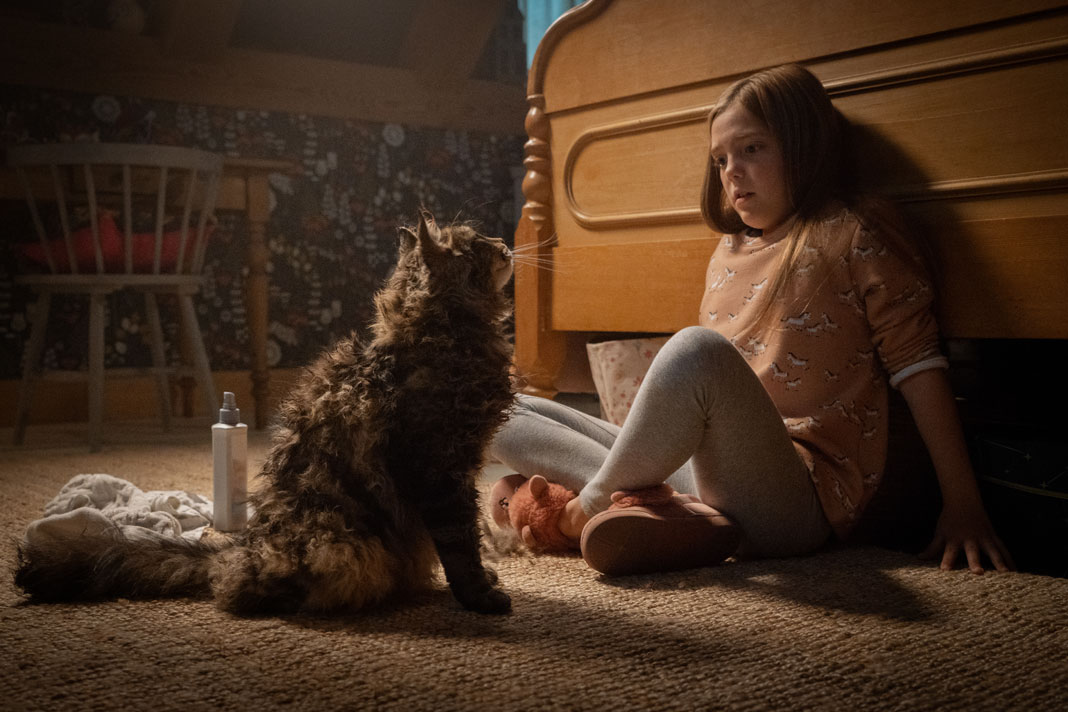 Next
A Look at the Practical Effects of Hellboy
Click here to cancel reply.
Disclaimer: This post may contain affiliate links through which we earn a commission if you decide to make a purchase, at no cost to you. As an Amazon Associate, we earn from qualifying purchases.
Get The FREE LEGO® Life Magazine! LEGO® Life Magazine is fun for kids 5-10 years old.