We’ve got two updates from IMDb TV, Amazon’s free streaming service, including the Leverage: Redemption teaser trailer and the news that Top Class: The Life and Times of the Sierra Canyon Trailblazers will return for a second season.

IMDb TV announced that the new original series, Leverage: Redemption, will premiere Friday, July 9. The crime drama will debut with eight new episodes this summer followed by an additional eight episodes in the fall.

In this new iteration, and new world, the Leverage crew have watched as the rich and powerful continue to take what they want without consequence.

Since their last job, it’s become easier — and sometimes legal — for the rich to become richer and the powerful to squash anyone who gets in their way.

To address the changes in the world around them, the team finds new blood in Harry Wilson (Noah Wyle), a corporate lawyer who is looking for redemption after realizing he’d been sitting on the wrong side of the table for his entire career, and Breanna Casey (Aleyse Shannon), Hardison’s foster sister who has a knack for computers, robotics, and getting into trouble.

TOP CLASS: THE LIFE AND TIMES OF THE SIERRA CANYON TRAILBLAZERS

IMDb TV announced a greenlight order for Season 2 of Top Class: The Life and Times of the Sierra Canyon Trailblazers, the original docuseries from UNINTERRUPTED. Season 2 will pick up where Season 1 ended, with the Trailblazers facing the challenges of the health crisis bringing their historic season to a halt—just before their state championship game.

Executive produced by LeBron James and Maverick Carter, Top Class follows a new mecca of high school athletics nestled just outside of Los Angeles. Season 1, which is streaming exclusively on IMDb TV, followed the back-to-back state champion Sierra Canyon Trailblazers as they exploded onto basketball’s national stage with one of the highest profile classes in history, including some of the nation’s highest-ranking players: BJ Boston, Amari Bailey, Bronny James, Shy Odom, Zaire Wade, and Ziaire Williams.

Led by head coach Andre Chevalier, the team shows viewers firsthand how the most Instagrammed high school basketball team in the U.S. navigates everything from daily life to playing in sold-out arenas.

Season 2 of Top Class will continue to provide exclusive access to the team as they balance the pressures of competing on a global stage. For this new season, viewers will see how these world-class student athletes navigate the pandemic, train at home, and continue finding success at one of the most academically elite high schools in the country.

“We are thrilled to continue our partnership with UNINTERRUPTED and deliver fans the next chapter of the awe-inspiring Sierra Canyon Trailblazers story.”

“These projects mark an impressive and exciting growth moment for IMDb TV. The caliber of talent and the variety of content is a brand hallmark for us as we look to diversify the entertaining and broadly appealing offerings available on the service,” said Lauren Anderson and Ryan Pirozzi, co-heads of content and programming, IMDb TV.

“With My Dirt Road Diary we look forward to delivering audiences this rare, intimate and never-before-seen look at what has shaped Luke as a husband, son, father, brother, uncle artist and entertainer. With Bug Out, we were enthralled by The Cinemart’s captivating storytelling of the creepy, crawly underworld of exotic bug smugglers. The Cinemart is the best in the business when it comes to telling thoughtful, responsible yet entertainment real life stories and we can’t wait for audiences to see this non-traditional true-crime series. And with Jeff Lewis, no interior designer is more well-known in equal parts for his stunning work and his brutally honest and often hilarious assessments of home renovation. Jeff’s return to television will be one that cannot be missed.”

Luke Bryan: My Dirt Road Diary follows multi-platinum country music superstar and recent Academy of Country Music Awards “Entertainer of the Year” recipient, Luke Bryan, as he experiences the ups, downs, triumphs and tragedies along the road to unprecedented success. Through original home videos, interviews and incredibly personal footage, the five-part docuseries from director Michael Monaco is set to premiere this summer on IMDb TV. Luke Bryan and Kerri Edwards serve as executive producers in association with Endeavor Content.

The unexpected heist of $50,000 worth of rare live insects from a Philadelphia Bug Zoo becomes a whacky whodunit in Bug Out, a true-crime documentary series that opens a trap door into the creepy underworld of exotic bug smugglers and the federal agents who chase them. Colored by quirky characters and small-time crooks with an itch for invertebrates, Bug Out tells the tales of bug runners, dealers and collectors whose war stories and personal adventures will make you question everything and everyone involved in this bizarre crime. From The Cinemart, Bug Out is executive produced by Jenner Furst, Julia Willoughby Nason and Michael Gasparro, and directed by Ben Feldman.

Jeff Lewis will showcase unique home design, celebrity clientele and never-before-seen design innovation in his first original series for streaming television. In each episode Jeff is put to the test balancing high-maintenance celebrities and ambitious home design projects while juggling his staff and personal life, which are all a work in progress. The Untitled Jeff Lewis Project is executive produced by Jeff Lewis, Allison Grodner and Rich Meehan in association with Fly on the Wall Entertainment. Billy Taylor serves as the series showrunner.

IMDb TV announced a greenlight for High School as well. High School is a new Original series co-created by Platinum recording artists Tegan and Sara and executive producer Clea DuVall. Based on Tegan and Sara’s New York Times bestselling memoir of the same name, the coming-of-age scripted series is a transcendent story of first loves and first songs.

Produced by Amazon Studios and Emmy and Academy Award-winning Plan B Entertainment, High School is a story about finding your own identity – a journey made even more complicated when you have a twin whose own struggle and self-discovery so closely mimics your own. Told through a backdrop of ’90s grunge and rave culture, the series weaves between parallel and discordant memories of twin sisters growing up down the hall from one another.

“We are incredibly excited to be working with Lauren, Ryan, and the fantastic IMDb TV team to bring High School to life and apologize in advance to our mother for forcing her to relive this period of time with us again,” said executive producers Tegan and Sara Quin. “We’ve made casting suggestions on her behalf to the incomparable Clea DuVall and our wonderful partners at Plan B.”

“I am grateful to Plan B, Amazon Studios and IMDb TV for their partnership in bringing Tegan and Sara’s beautiful and complex memoir to life,” said executive producer Clea DuVall.

“Tegan and Sara’s honest, vulnerable, and deeply engaging memoir has captivated readers and we look forward to their authentic voice and Clea’s unique perspective being brought to life in this adaptation,” said Lauren Anderson and Ryan Pirozzi, co-heads of content and programming at IMDb TV. “We are thrilled to partner with Plan B Entertainment, Tegan and Sara and Clea DuVall on this nostalgic, coming-of-age series, which furthers our commitment to high-quality, compelling storytelling that resonates with IMDb TV viewers.”

Tegan and Sara Quin and Clea DuVall will serve as executive producers alongside Plan B Entertainment. DuVall will also write and direct multiple episodes, including the pilot. 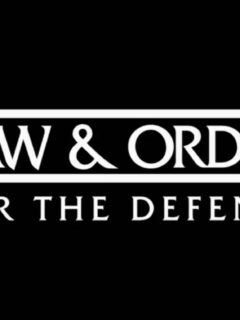 Previous
Law & Order: For the Defense Ordered by NBC 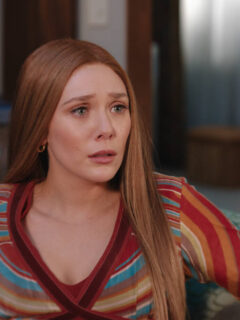 Next
Love and Death to Star Elizabeth Olsen at HBO Max
Click here to cancel reply.
Disclaimer: This post may contain affiliate links through which we earn a commission if you decide to make a purchase, at no cost to you. As an Amazon Associate, we earn from qualifying purchases.
BigScoots Hosting: The last host you'll ever need! Click for details.