Allnighter today announced that it will be bringing the popular, romantic comedy webcomic Let’s Play to television as a live-action series in partnership with creator Leeanne M. Krecic. Allnighter partners Amanda Kruse, Dinesh Shamdasani, and Hunter Gorinson will executive produce the series alongside Krecic and Tom Akel.

The female-driven series — which embraces, explores, and satirizes gaming culture through the eyes of a 20-something, female video game developer — launched as an online webcomic serial in 2016 on Webtoon, the largest digital comics platform in the world.

It quickly took on a life of its own, amassing a subscriber base of more than 3.8 million weekly readers – making it it not only one of the most successful series in the history of the Webtoon platform, but one of the most widely-read serialized comic books anywhere in the Western world today.

With a legion of dedicated fans that spans the gaming, comics, and romantic fiction communities and a long list of critical accolades (including a 2019 Eisner Award nomination), Let’s Play has also successfully migrated into print through Rocketship Entertainment with two crowdfunding campaigns that have amassed nearly $1 million in contributions and that currently rank amongst the 20 most successful comics Kickstarters of all time.

The comic series will return for its highly anticipated third “season” later in 2021 and can be read online at Webtoons.com and in the Webtoon app.

A quintessential romantic comedy in the vein of New Girl and Friends for the generation raised on YouTube and Twitch, Let’s Play follows Sam – an aspiring game developer who sacrificed a social life to pour her heart and soul into her first game.

But when the product of Sam’s passion — a lovingly constructed RPG called “Ruminate” — gets skewered by an enigmatic game reviewer only known by the online handle “Marshall Law,” the personal and professional fallout is swift and brutal.

Things get even more complicated when Sam discovers that her new next-door neighbor is none other than Marshall in the flesh – and that, together, they’re about to become opposing players in the game of love and life.

“I created Let’s Play because I was looking for characters like me — die-hard gamers, heartfelt romantics, and young women with dreams of success on their own terms — but couldn’t find them represented anywhere in the pop culture of the moment. So, I decided that was a story that I would have to tell for myself,” said Let’s Play creator Leeanne M. Krecic.

“On its surface, Let’s Play is a love triangle, but it’s also a contemporary, emotionally sophisticated reinvention of the form – one that soon will allow young women to see the loves, aspirations, and setbacks of people like themselves celebrated on screen at long last.”

“Let’s Play has an incredible fanbase of ardent readers — the vast majority of them, young women — who have found within it exactly what Leeanne hoped to create: a community. I am one of them myself and discovering Let’s Play was a revelation,” added Allnighter co-founder and producer Amanda Kruse.

“It’s an absolute honor to play a role in helping bring this story to screen.”

Allnighter was founded in 2020 by Dinesh Shamdasani, Amanda Kruse, and Hunter Gorinson. The company most recently produced Bloodshot, the Sony Pictures feature film starring Vin Diesel and Guy Pearce based on the blockbuster comic book series from Valiant Entertainment. 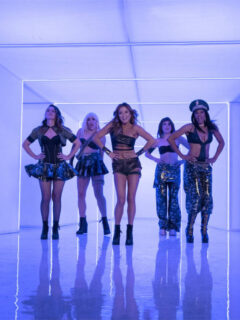 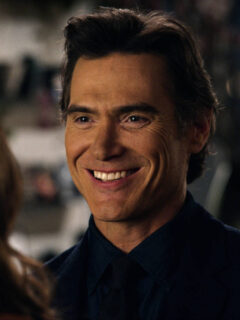 Next
Bill Crudup to Star in Apple Series Hello Tomorrow!
Click here to cancel reply.
Disclaimer: This post may contain affiliate links through which we earn a commission if you decide to make a purchase, at no cost to you. As an Amazon Associate, we earn from qualifying purchases.
Amazon Prime Day 2021 is June 21 and 22! Click here for the deals.