Netflix is reportedly buying the rights to Knives Out 2 and Knives Out 3 for a massive $450 million. The two sequels to the 2019 mystery film will reunite director Rian Johnson and star Daniel Craig.

Made for just $40 million, the first Knives Out (buy at Amazon) was produced by Media Rights Capital and was distributed to theaters by Lionsgate in November 2019. The movie grossed $165.4 million domestically and $146 million internationally, for a worldwide total of $311.4 million.

Knives Out 2 is said to be starting principal photography on June 28, 2021 in Greece and casting will begin immediately, with Craig reprising his role as private detective Benoit Blanc.

Johnson’s previous feature film credits include Star Wars: The Last Jedi, Looper and Brick. Johnson’s producing partner, Ram Bergman, said a year ago that Craig was eager to reprise the role. “Daniel had so much fun doing it, and he wants to do more,” he said.

Johnson pays tribute to mystery mastermind Agatha Christie in Knives Out, a fun, modern-day murder mystery where everyone is a suspect.

When renowned crime novelist Harlan Thrombey (Christopher Plummer) is found dead at his estate just after his 85th birthday, the inquisitive and debonair Detective Benoit Blanc (Daniel Craig) is mysteriously enlisted to investigate.

From Harlan’s dysfunctional family to his devoted staff, Blanc sifts through a web of red herrings and self-serving lies to uncover the truth behind Harlan’s untimely death.

Knives Out is a witty and stylish whodunnit guaranteed to keep audiences guessing until the very end.

Are you looking forward to Knives Out 2 and Knives Out 3? Let us know what you think about the movie in the comments below! 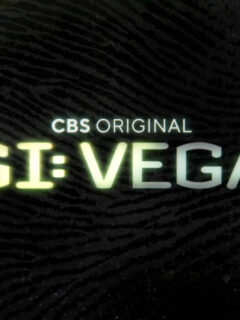 Next
CBS Orders CSI: Vegas, NBC Greenlights Ordinary Joe
Click here to cancel reply.
Disclaimer: This post may contain affiliate links through which we earn a commission if you decide to make a purchase, at no cost to you. As an Amazon Associate, we earn from qualifying purchases.
Get The FREE LEGO® Life Magazine! LEGO® Life Magazine is fun for kids 5-10 years old.