Netflix has released three new shorts to celebrate Black directors. The shorts include Knight Into Day, Divinity Streak and Silence of Friends and you can watch them below.

New voices are vital to the entertainment industry. They can introduce audiences to new subject matters, new styles of filmmaking and, most importantly, new perspectives completely different from our own.

At Netflix, they’ve long supported new voices in the series and films we make. At Ghetto Film School, they’ve spent more than 20 years educating and developing these new voices.

That’s why last year, as part of Netflix’s $5 million commitment to help support the Black creative community, their two organizations partnered together on a program to help support and celebrate the next generation of Black storytellers.

The collaboration kicked off in the fall of 2020 when Ghetto Film School alumni were invited to submit 5-10 minute original short-form fiction or nonfiction projects exploring topics of Black identity and lived experiences in the U.S.

Ten concepts were shortlisted, and those creators were asked to develop formal pitches. A panel of representatives from two organizations selected three finalists, and each was awarded a $25,000 production budget to complete their short films. The filmmakers also received ongoing support from our teams along the way, including creative feedback and mentorship.

Today, after six months of hard work, Netflix has shared these short films from three up-and-coming female storytellers with audiences around the world via the Netflix Film Club YouTube channel.

Given the themes of these three films — stories about identity, resilience and freedom — they found it only fitting to release them ahead of Juneteenth, the annual holiday commemorating the end of slavery in the US. Their hope is that these films can add to the ongoing conversations surrounding this important holiday and even inspire new ideas and viewpoints.

Netflix is inviting film fans all over the world to watch, share and discuss these films through Ghetto Film School, Netflix Film Club and Strong Black Lead.

“Silence of Friends” by Nia Stanford

When COVID-19 sends her back to her hometown for good, a Black woman is confronted by her lifelong conditioning in a white society and begins the journey to challenge it.

Nia Stanford is a second-year student at The New School studying Culture & Media with a minor in Race & Ethnicity studies. She’s an alumnus of the Ghetto Film School’s 30-month film fellowship program, one of the first NYC fellows to take part in the Iris-In Fellowship by Black Bicycle Entertainment, and she also creates content about pop culture, social justice, and identity on TikTok.

“The Divinity Streak” by Jess Waters

After a summer of hard-fought progress in the wake of a nationwide racial awakening, three activists plan to hijack a space shuttle and go to Mars to create a better world.

Jess Waters is an award-winning screenwriter originally from Cleveland, Ohio, and currently residing in Los Angeles. As a queer Black non-binary writer, their narrative focus revolves around the re-imagining of history to create both grounded and fantastical explorations of Black and LGBTQ+ identity through a unique lens. Jess is a former Hillman Grad Mentee and currently a part of the Artistic Standard TV 2020-2021 Mentorship Program.

A Black female high school graduate confronts her childhood dealings with racism – and her mom’s important advice – as she delivers her valedictorian speech.

Sarah Jean Williams is a writer, actor, and director. As a member of the Ghetto Film School program, she won the Special Grand Jury Prize for her ﬁlm, Never Grow Up.  In the summer of 2019, Sarah and a small crew of GFS students made a ﬁlm in Rome, funded by National Geographic. She is also a part of WarnerBros. Reach Honorship Program and is currently a student at NYU Tisch.

What do you think of the new trailers for Knight Into Day, Silence of Friends and Divinity Streak? Let us know in the comments or tweet us @vitalthrillscom. 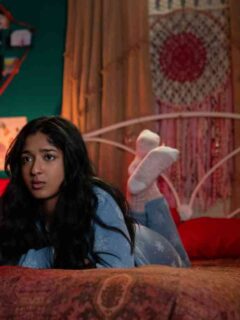 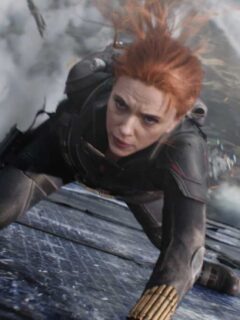 Next
Disney+ July 2021 Movies, TV Shows and Originals
Click here to cancel reply.
Disclaimer: This post may contain affiliate links through which we earn a commission if you decide to make a purchase, at no cost to you. As an Amazon Associate, we earn from qualifying purchases.