Netflix released trailers for three of the streaming service’s upcoming titles today, including The Kissing Booth 3, Naomi Osaka, and My Unorthodox Life.

It’s the summer before Elle heads to college, and she’s facing the hardest decision of her life: whether to move across the country with her dreamy boyfriend Noah or fulfill her lifelong promise to go to college with her BFF Lee. Whose heart will Elle break?

In the second installment of the franchise, based on the books by Beth Reekles, Elle Evans had the most romantic summer of her life with her reformed bad-boy boyfriend Noah Flynn. But now Noah is off to Harvard, and Elle heads back to high school for her senior year.

She’ll have to juggle a long-distance relationship, getting into her dream college with her best friend Lee (Courtney), and the complications brought on by a close friendship with a handsome, charismatic new classmate named Marco (Perez).

When Noah grows close to a seemingly-perfect college girl (Richardson-Sellers), Elle will have to decide how much she trusts him and to whom her heart truly belongs.

Coming to Netflix on July 16th is Naomi Osaka, a three-part documentary series on the professional tennis player. The limited series is directed by Academy Award nominee Garrett Bradley.

Naomi Osaka is a Netflix documentary series in association with Uninterrupted and is a Film 45 production.

“The series is about Naomi’s journey, within a snapshot of her life, but it’s also about life’s purpose, about personal worth, about the courage that it takes to allow one’s personal values to inform their work and vice versa,” said Bradley.

“More than anything, I’d hope people can feel the power of empathy and to feel encouraged to take chances in life, perhaps especially in moments where the stakes can feel impossibly high.”

“I feel like the platform that I have right now is something that I used to take for granted, and for me I feel like I should be using it for something,” added Osaka.

“I believe, instead of following, you have to make your own path.”

The unscripted, nine-episode series My Unorthodox Life will debut on Wednesday, July 14. Lenid Rolov is the showrunner of the series, which is executive produced by Jeff Jenkins, Ross Weintraub, Reinout Oerlemans, and Julia Haart.

Since taking the reins of a global talent empire, Haart has been on a mission to revolutionize the industry from the inside out – all while being a mother of four. Her children include a TikToker, an app designer, a lawyer, and a high schooler torn between two conflicting cultures, and Haart helps them reconcile their orthodox upbringings with the modern world.

My Unorthodox Life takes you on a journey through Julia Haart’s untamed, unpredictable, and unorthodox life.

Zack Snyder will next direct the sci-fi adventure film Rebel Moon for Netflix. Snyder wrote the script with Shay Hatten and Kurt Johnstad.

This marks the fifth collaboration with Netflix and Shay Hatten, who previously wrote Netflix’s hit film Army of the Dead with Zack Snyder, and three upcoming films: The German-language prequel Army of Thieves, starring and directed by Matthias Schweighöfer; the anime spin-off Army of the Dead: Lost Vegas, and the vampire hunting film Day Shift, starring Jamie Foxx.

In Rebel Moon, when a peaceful colony on the edge of the galaxy finds itself threatened by the armies of the tyrannical Regent Balisarius, they dispatch a young woman with a mysterious past to seek out warriors from neighboring planets to help them take a stand.

This marks a reunion for Newman, Snyder and Stuber. One of Netflix’s most prolific producers, Newman drafted Snyder to direct his first film, Dawn of the Dead, in 2004. Netflix’s Scott Stuber oversaw that film in his then role of vice-chairman of Universal.

The film continues Netflix’s relationship with the Snyders and Stone Quarry, who just produced zombie thriller Army of the Dead. The film, helmed by Zack Snyder, is one of Netflix’s top ten most watched films. 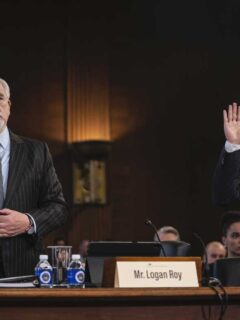 Next
Universal Movies Going to Peacock, Amblin Reups with Showtime
Click here to cancel reply.
Disclaimer: This post may contain affiliate links through which we earn a commission if you decide to make a purchase, at no cost to you. As an Amazon Associate, we earn from qualifying purchases.