Today, BBC America has announced that their hit series Killing Eve Season 4 will be the final season. The eight episode final season will begin filming in the U.K. and Europe over the summer, and will premiere in 2022.

Though there are, as yet, no details, the network is reportedly thinking about spinoff series. “Killing Eve exploded in popular culture and attracted a dedicated and committed fan base from its very first episode,” said Dan McDermott, president of original programming for AMC Networks.

“Phoebe Waller-Bridge’s brilliant adaptation of the source material, the unforgettable characters given life by Sandra Oh and Jodie Comer, and the entire cast, along with our partners at Sid Gentle Films, have delivered a one-of-a-kind roller-coaster ride that has taken our breath away.”

“We could not be more thankful for the extraordinary talents and efforts of everyone involved, particularly Sandra and Jodie, who made Killing Eve much more than a television show. We look forward to what is sure to be an unforgettable final season and to exploring potential extensions of this compelling universe.”

“Killing Eve has been one of my greatest experiences and I look forward to diving back into Eve’s remarkable mind soon,” said Sandra Oh. “I’m so grateful for all cast and crew who have brought our story to life and to the fans who have joined us and will be back for our exciting and unpredictable fourth and final season.”

“Killing Eve has been the most extraordinary journey and one that I will be forever grateful for,” said Jodie Comer. “Thank you to all the fans who’ve supported us throughout and come along for the ride. Although all good things come to an end, it’s not over yet. We aim to make this one to remember.”

Killing Eve Season 3 continued the story of two women with brutal pasts, addicted to each other but now trying desperately to live their lives without their drug of choice.

For Villanelle, the assassin without a job, Eve is dead. For Eve, the ex-MI6 operative hiding in plain sight, Villanelle will never find her. All seems fine until a shocking and personal death sets them on a collision course yet again.

The journey back to each other will cost both of them friends, family, and allegiances… and perhaps a share of their souls.

Eve (Oh) has survived being shot by Villanelle (Comer) in Rome, but her current status with MI6 remains unknown after being manipulated by Carolyn (Shaw) in the events of last season’s finale. And it’s clear that Villanelle continues to never miss an opportunity to dress up for the job.

Season four of Killing Eve, written and executive produced by Laura Neal, will go into production later this year. Season two of Killing Eve had the highest rate of growth of any returning TV drama since the final season of AMC’s Breaking Bad in 2013, doubling its season one audience in Live+SD.

What do you think about Killing Eve Season 4 being the end of the series? Let us know in the comments or tweet them to us @vitalthrillscom. 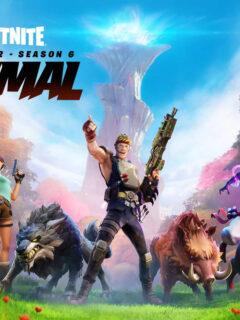 Next
What We Learned at The Falcon and The Winter Soldier Press Conference
Click here to cancel reply.
Disclaimer: This post may contain affiliate links through which we earn a commission if you decide to make a purchase, at no cost to you. As an Amazon Associate, we earn from qualifying purchases.
Get The FREE LEGO® Life Magazine! LEGO® Life Magazine is fun for kids 5-10 years old.