Reeves recently completed production on The Matrix 4, which will be released later this year. He will begin production on John Wick 4 this spring.

BRZRKR is a 12-issue limited series originated from an original idea Reeves had been developing for a number of years and published by BOOM! Studios, with the first issue having launched on March 3, 2021 and selling over 615,000 copies, making it the highest-selling launch in almost thirty years.

BOOM! Studios has a first-look deal for live action and animated television series with Netflix. The anime series will further expand the BRZRKR universe by exploring different elements of the story. In the series, Reeves will reprise his role and voice his character.

BRZRKR is a brutally epic saga about an immortal warrior’s 80,000 year fight through the ages. The man known only as “B” is half-mortal and half-god, cursed and compelled to violence… even at the sacrifice of his sanity.

But after wandering the earth for centuries, B may have finally found a refuge – working for the U.S. government to fight the battles too violent and too dangerous for anyone else. In exchange, B will be granted the one thing he desires – the truth about his endless blood-soaked existence… and how to end it.

BRZRKR is the newest release from BOOM! Studios’ eponymous imprint, home to original series including We Only Find Them When They’re Dead by Al Ewing and Simone Di Meo; Seven Secrets by Tom Taylor and Daniele Di Nicuolo; Something Is Killing the Children by James Tynion IV and Werther Dell’Edera; Once & Future by Kieron Gillen and Dan Mora; Faithless by Brian Azzarello and Maria Llovet; and Abbott from Saladin Ahmed and Sami Kivelä.

Print copies of BRZRKR #1 are available exclusively at local comic book shops (use comicshoplocator.com to find the nearest one) or at the BOOM! Studios webstore.

BRZRKR #2 will be available exclusively at local comic book shops on April 28, 2021. Digital copies can be purchased from content providers, including comiXology, iBooks, Google Play, and Madefire. 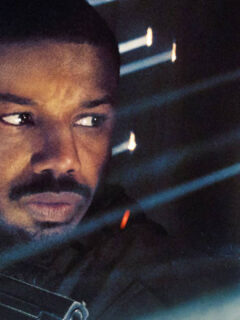 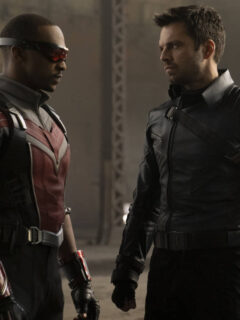 Next
The Falcon and The Winter Soldier Series Premiere Is Disney+'s Biggest
Click here to cancel reply.
Disclaimer: This post may contain affiliate links through which we earn a commission if you decide to make a purchase, at no cost to you. As an Amazon Associate, we earn from qualifying purchases.
Get The FREE LEGO® Life Magazine! LEGO® Life Magazine is fun for kids 5-10 years old.