Jurassic World: The Exhibition Tickets for Dallas Go on Sale!

Round Room Live and Cityneon announced today the launch city for the North American tour of Jurassic World: The Exhibition. It will open in Dallas on June 18, 2021 at Grandscape in The Colony, just north of Downtown Dallas.

Visitors will walk through the world-famous Jurassic World gates, encounter life-sized dinosaurs, and explore richly themed environments. Guests will have an upclose look at a Velociraptor, stand under a towering Brachiosaurus, and encounter the most fearsome of them all, the mighty Tyrannosaurus Rex.

Guests will be able to imagine what it would have been like to walk among these breathtaking creatures and even interact with new baby dinosaurs, including “Bumpy” from the popular animated Netflix original series, Jurassic World: Camp Cretaceous, from Universal, DreamWorks Animation and Amblin Entertainment.

The Jurassic World franchise has been entertaining generations of fans around the world with thrilling and awe-inspiring stories and characters for more than 25 years – from films and TV series, to video games and toys, to live action experiences and rides at Universal theme parks. Universal Orlando’s Islands of Adventure will welcome the new Jurassic World VelociCoaster on June 10th, creating a new species of roller coaster where guests will feel the rush of the hunt as they race alongside these nimble predators, twisting and soaring above the land and water.

To celebrate the Exhibition launch, fans will get an exclusive opportunity when playing Jurassic World Alive – the popular location-based AR mobile game. Starting on June 18, players who visit the Exhibition in Dallas and open the game on their devices can locate an exclusive Jurassic World: The Exhibition incubator, which are capsules that contain valuable resources, as an in-game reward. Players with AR-enabled devices can then snap a picture or take a video of a dinosaur using the game’s AR feature and post to their social media channels using the #JurassicWorldAlive hashtag.

Following an initial launch in Melbourne, Australia, Jurassic World: The Exhibition has become a global success with nearly three million visitors since 2016. The Exhibition has opened its gates to excited fans in Chicago, Philadelphia, Paris, Madrid, Seoul, Chengdu and Guangzhou.

Universal Parks & Resorts’ President of Global Business Development, Michael Silver said, “What excites us about Jurassic World: The Exhibition is the opportunity to give fans a real-world, immersive experience based on the amazing adventures of the films and delivered to a location near them. Visitors will come face-to-face with life-sized dinosaurs and walk through richly themed environments, all inspired by the blockbuster franchise.”

Cityneon’s Executive Chairman and Group CEO, Ron Tan said, “Combining state of the art technology and proprietary animatronics, Jurassic World: The Exhibition had impressed global audiences from the US, Australia, France, Spain, Korea, China and more. We are confident that Jurassic World: The Exhibition will continue to exhilarate and entertain families throughout North America.”

“We are delighted to launch in Dallas, and to bring this Exhibition to cities across the U.S. and Canada,” said Stephen Shaw, Founder and Co-President of Round Room Live. “Families will be amazed and beyond entertained by this incredible experience.”

Tickets to Jurassic World: The Exhibition start at $29.50 for adults (16 years +) and $19.50 for youth (3-15 years). Children two-years-old and younger are free with accompanying parent. VIP packages are available, as well as special pricing for Senior citizens and military. Group sales packages are available for groups greater than 10.

For more information about Jurassic World: The Exhibition, visit JurassicWorldExhibition.com. 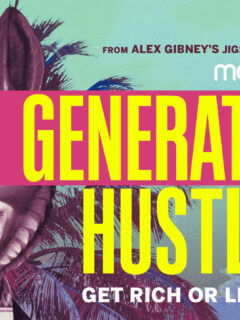 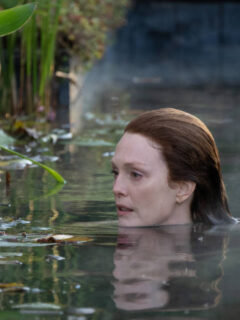 Next
Apple Reveals Lisey's Story & Mark Ronson Docuseries
Click here to cancel reply.
Disclaimer: This post may contain affiliate links through which we earn a commission if you decide to make a purchase, at no cost to you. As an Amazon Associate, we earn from qualifying purchases.
BigScoots Hosting: The last host you'll ever need! Click for details.