“Leigh creates movies which not only launch franchises but fundamentally change the landscape of their genre,” Jason Blum said. “After he and James Wan made ‘Saw,’ it launched dozens of copycats. Their work with Blumhouse on ‘Insidious,’ launched not just a franchise but dozens of classical proscenium PG-13 supernatural horror films. I have no doubt that will be true for ‘The Invisible Man’ and for anything else he wants to create. I just want to be there with him when he does.” 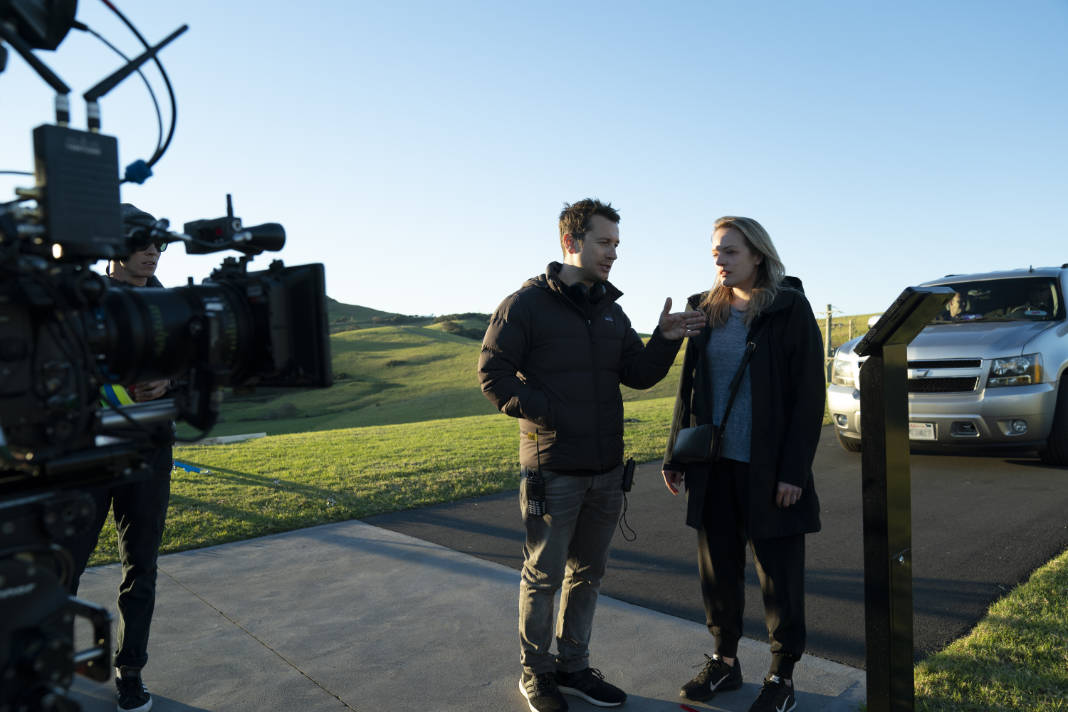 Whannell’s directorial debut, Insidious: Chapter 3, grossed $112.9 million worldwide in 2015 on a budget of just $10 million. He followed that film up with the 2018 release, Upgrade, which won the Midnighters Audience Award at SXSW.

The Invisible Man director has written numerous films directed by his friend James Wan, including Saw (2004), Dead Silence (2007), Insidious (2010), and Insidious: Chapter 2 (2013). He also co-wrote Saw II, Saw III, and Insidious: The Last Key. Whannell is an actor as well, having appeared in the Saw films, Insidious installments, and more.

“Ten years ago, I walked into Jason Blum’s office thinking that I was having a general meeting with a producer who liked horror movies – little did I know that a decade long partnership and friendship was about to begin,” Whannell said. “I have since watched his then infant company, Blumhouse, grow into a powerhouse of genre films; a nurturing place that is willing to take risks on people. Indeed, they have taken plenty of risks on me and I look forward to taking many more with them as they continue to grow in the world of film and television.”

REVIEW: The Invisible Man Is a Disturbing as It Is Frightening

In our recent interview with the filmmaker, Whannell said he had tried not to think of a sequel to The Invisible Man yet, though it looks likely with the movie finishing in first place at the box office this weekend.

“I just don’t think about that stuff, I promise you, and I’m not even dodging the question,” he said when we asked him about a sequel. “I am so superstitious. If you knew how superstitious I was in real life, you would laugh at me. There’s so much voodoo involved with moviemaking and releasing a movie and getting people to see it that I feel like thinking about a sequel before the original has been released is a way to anger the movie gods, and that’ll insure that your movie will be seen by nobody. The way that I counteract this is just by avoiding any thoughts of a sequel. I just push them out of my mind. I always feel that any reporter or journalist that I talk to, I feel like they don’t believe me when I tell them that.”

Trapped in a violent, controlling relationship with a wealthy and brilliant scientist, Cecilia Kass (Moss) escapes in the dead of night and disappears into hiding, aided by her sister (Harriet Dyer, NBC’s The InBetween), their childhood friend (Aldis Hodge, Straight Outta Compton) and his teenage daughter (Storm Reid, HBO’s Euphoria).

But when Cecilia’s abusive ex (Oliver Jackson-Cohen, Netflix’s The Haunting of Hill House) commits suicide and leaves her a generous portion of his vast fortune, Cecilia suspects his death was a hoax.

As a series of eerie coincidences turns lethal, threatening the lives of those she loves, Cecilia’s sanity begins to unravel as she desperately tries to prove that she is being hunted by someone nobody can see.

For Whannell, the character of H.G. Wells’ Invisible Man has been in the back of his mind since he was a boy skipping school to watch Universal’s Monsters on television. What he appreciates about the villain is that, unlike so many other iconic tales, the story hasn’t been redone over and over again.

“If you make a film about a character that is globally beloved, you’re dancing with danger,” Whannell says. “Ask anyone who’s made a Star Wars movie recently about the pressure that you’re under when you take on something that iconic and beloved. With the Invisible Man, I felt that there was a freedom there. Of course, people know of this character, but I felt he was a bit of an underdog when it comes to the horror villains. It was exciting to think about what I could do with this character and how I could stretch him a bit.”

Previous
A Look at the Frontiers of Enoch in Outriders

Next
Coronavirus Cold Open and John Mulaney Saturday Night Live Clips
Click here to cancel reply.
Disclaimer: This post may contain affiliate links through which we earn a commission if you decide to make a purchase, at no cost to you. As an Amazon Associate, we earn from qualifying purchases.
BigScoots Hosting: The last host you'll ever need! Click for details.