Hulu Reveals Nine Perfect Strangers, Only Murders in the Building, and More

Home » Hulu Reveals Nine Perfect Strangers, Only Murders in the Building, and More

Hulu has been knocking out some big announcements the last few days, including the premiere dates for Nine Perfect Strangers and Only Murders in the Building, as well as the reveal of the teaser for The D’Amelio Show.

The streaming service has also given a straight-to-series order for Immigrant, from Robert Siegel and Kumail Nanjiani, and announced the music docuseries event McCartney 3,2,1, featuring Paul McCartney.

Nine Perfect Strangers will premiere on August 18, 2021 and will release weekly. Based on The New York Times bestselling book by author Liane Moriarty, Nine Perfect Strangers takes place at a boutique health-and-wellness resort that promises healing and transformation as nine stressed city dwellers try to get on a path to a better way of living.

Watching over them during this 10-day retreat is the resort’s director, Masha, a woman on a mission to reinvigorate their tired minds and bodies. However, these nine “perfect” strangers have no idea what is about to hit them.

ONLY MURDERS IN THE BUILDING

Only Murders in the Building will premiere on August 31, 2021 and release weekly. From the minds of Steve Martin, Dan Fogelman and John Hoffman comes a comedic murder-mystery series for the ages. Only Murders in the Building follows three strangers (Steve Martin, Martin Short and Selena Gomez) who share an obsession with true crime and suddenly find themselves wrapped up in one.

When a grisly death occurs inside their exclusive Upper West Side apartment building, the trio suspects murder and employs their precise knowledge of true crime to investigate the truth. As they record a podcast of their own to document the case, the three unravel the complex secrets of the building which stretch back years.

Perhaps even more explosive are the lies they tell one another. Soon, the endangered trio comes to realize a killer might be living amongst them as they race to decipher the mounting clues before it’s too late.

From relative obscurity and a seemingly normal life, to overnight success and thrust into the Hollywood limelight overnight, the D’Amelios are faced with new challenges and opportunities they could not have imagined. Charli, who at 16 became one of the biggest celebrities with over 150 million followers combined and #1 on the TikTok platform in less than a year, has the world at her fingertips and is working to balance fame and family, life with dancing, running a budding empire, making new friends in LA and battling the naysayers online.

Her sister Dixie, is now 19 and experiencing her own overnight rise to fame with over 78 million followers combined, one of the fastest growing YouTube channels and ranked within the Top 10 Most Followed Creators on TikTok. Dixie is now pursuing a music career in LA.

For mom Heidi and dad Marc, raising teenagers is hard enough before adding in a cross-country move, supporting their daughters’ dreams and doing the best they can to stay close as a family and protect their girls from the dark side of fame, while also trying to adjust to life in Hollywood.

The D’Amelio Show will be executive produced by Eli Holzman and Aaron Saidman on behalf of The Intellectual Property Corporation (IPC), an Industrial Media Company, with showrunner Sara Reddy executive producing along with Esther Frank.

Immigrant is the true story of Somen “Steve” Banerjee (played by Nanjiani), the Indian-American entrepreneur who started Chippendales. The series will detail the insane, darkly comedic, crime-ridden story behind the unique male revue that became a cultural phenomenon.

The series is written by Robert Siegel and executive produced by Siegel, Nanjiani, Dylan Sellers and Emily V. Gordon as well as Rajiv Joseph and Mehar Sethi who will also write on the series. 20th Television serves as the studio on the series.

“Never before have fans had the opportunity to hear Paul McCartney share, in such expansive, celebratory detail, the experience of creating his life’s work – more than 50 years of culture-defining music,” said Craig Erwich, president, Hulu Originals and ABC Entertainment. “To be an observer as Paul and Rick Rubin deconstruct how some of the biggest hits in music history came to be is truly enlightening. It is an honor that Paul chose to return to Hulu to share this one-of-a-kind series.”

In the series, Paul McCartney sits down for a rare in-depth one-on-one with legendary music producer Rick Rubin to discuss his groundbreaking work with The Beatles, the emblematic 1970s arena rock of Wings and his 50-plus years as a solo artist. In this six-episode series that explores music and creativity in a unique and revelatory manner, the documentary gives a front-row seat to Paul and Rick in an intimate conversation about the songwriting, influences, and personal relationships that informed the iconic songs that have served as the soundtracks of our lives.

Since writing his first song at the age of 14, Paul McCartney’s career has been impossibly prolific and singularly influential. In the 1960s, McCartney changed the world forever with The Beatles. He didn’t stop there and has continued to push boundaries as a solo artist, then with Wings, and also collaborating with numerous world-renowned artists. He has received 18 Grammys and in 1997 was knighted by Her Majesty Queen Elizabeth II for his services to music. His most recent album, McCartney III, was No. 1 in the U.K. Official Charts as well as No. 1 on the U.S. Billboard Top Album Sales Chart upon release in December 2020. McCartney is a dedicated philanthropist, passionately advocating for many causes including animal rights and environmental issues.

Rick Rubin continues to co-produce and host the podcast series Broken Record with Malcolm Gladwell. He has an active partnership with GQ around a series of deep conversations with the foremost personalities across the music world ranging from Pharrell Williams to Kendrick Lamar, each of which he hosts and creates editorial and video content around. He recently produced the Grammy-winning record The New Abnormal with The Strokes to rave reviews. 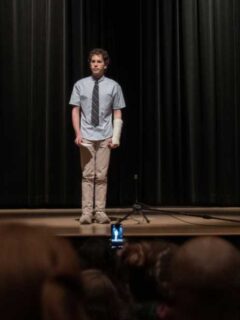 Next
The Time Traveler's Wife Starts, Betty Season 2 Premiere & Issa Rae Projects
Click here to cancel reply.
Disclaimer: This post may contain affiliate links through which we earn a commission if you decide to make a purchase, at no cost to you. As an Amazon Associate, we earn from qualifying purchases.
Amazon Prime Day 2021 is June 21 and 22! Click here for the deals.