Focus Home Interactive today unveiled eight minutes of commented gameplay from Sumo Digital’s Hood: Outlaws and Legends, coming to consoles and PC on May 10. You can watch the new video using the player below.

The video for Hood: Outlaws and Legends, the new multiplayer PvPvE heist game, shows the game’s unique medieval heists. Matchmaking in opposing teams of four, choose your character based on your preferred playstyle, or what best fits your team’s strategy.

Whether your gang prioritizes a stealthy long-range approach, brutal close combat or a combination of both, cooperation will be key for victory. Check out the video for a deeper look into how the different characters play out and combine during critical stages of a match.

Stealth is your best way of gathering enough information about enemy positions, the vault location and map layout to plan and execute your heist. Beware! If any enemy spots you, your character becomes outlined in red, revealing your position to the opposing team and the rest of the guards.

Charging in mindlessly can be fatal, unless creating a diversion was your plan all along. Use stealth to move around undetected, distract or assassinate guards, steal keys, retrieve treasures and, most importantly, choose when and where your team enters open combat.

In the Hood: Outlaws and Legends gameplay, discover how each character can be customized with specific perks to emphasize certain playstyles. For instance, you can equip the Ranger with special melee and burst damage perks to make your way to high ground and cover your team from afar.

Although known for his support abilities, you can equip the Mystic with a fast movement perk, slipping past guards to steal keys and silently unlock doors for your team.

By pre-ordering today, you’ll get early access to Hood: Outlaws and Legends starting May 7, as well as the Forest Lords cosmetic pack for free. The Forest Lords pack includes a skin for each character and weapon in the game.

The Year 1 Edition is also available for pre-order, giving access to Hood and three Battle Passes due to be released post-launch, after the initial free first season.

Pre-order now on PlayStation 5, Xbox Series X|S, PlayStation 4, Xbox One, and PC to get exclusive bonuses and early access to Hood: Outlaws and Legends from May 7 – three days before the official release on May 10.

Faced with a merciless, unchecked state, rebels and rogues battle to claim their place among legends. To win influence with an oppressed people, rival gangs compete in daring heists to hit the wealthy where it hurts. Folk hero or gold-hungry outlaw, only the best will escape with hard-earned riches.

Two teams of four players compete to execute the perfect heist, in medieval environments patrolled by deadly AI guards. With the unique skills and mystical abilities of each character, moving in stealth to steal treasures unseen or dominating through loud and brutal combat. 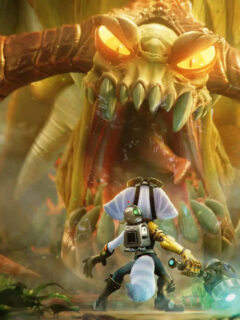 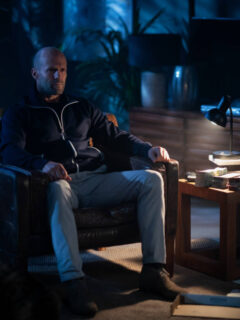 Next
Wrath of Man Red Band Trailer and Tickets Go on Sale
Click here to cancel reply.
Disclaimer: This post may contain affiliate links through which we earn a commission if you decide to make a purchase, at no cost to you. As an Amazon Associate, we earn from qualifying purchases.