Oscar-nominated screenwriter Billy Ray (Captain Phillips, Shattered Glass, and the upcoming Richard Jewell, directed by Clint Eastwood) adapted the book and will be directing the miniseries, which is executive produced by Alex Kurtzman, Shane Salerno and Heather Kadin. The drama is slated to being production in November with an airdate to be announced at a later date.

Ray said of Hunter, “Though I’d never met Holly before, this part was written for her. There was no one else who could play it. In my first phone call with her, I spent 10 minutes just telling her how much I loved her in ‘Broadcast News.’ She’s the kind of actor who makes a movie better, instantly. Plus, now that I know Elasti-Girl, my kids think I’m cooler than I actually am.”

Hunter is one of America’s most lauded actresses, having won an Academy Award and Golden Globe Award for her performance as Ada McGrath in the 1993 film The Piano. She was also nominated for Oscars in 1987 for Broadcast News, in 1993 for The Firm and in 2003 for Thirteen. She has also won seven Emmy Awards. She most recently starred in the feature film The Big Sick and is currently starring on television in Succession.

Ray researched the project for over a year in order to make the drama a fair, responsible and comprehensively documented account of real-life events. He traveled to Washington, D.C. and several other cities to meet with Comey, his family, and many other key players, including prominent journalists, FBI agents, government officials from both political parties and others.

A Higher Loyalty debuted on top of the New York Times bestseller list and has already sold over two million copies across all platforms. It was recently released in paperback and again vaulted to #1 around the world. The story is the reminiscence of Director Comey, who served as the seventh director of the FBI from 2013 to 2017. From helping change the Bush administration’s policies on torture and electronic surveillance to overseeing the Hillary Clinton email investigation, as well as possible ties between the Trump campaign and Russia, Comey has been involved in some of the most consequential cases and policies of recent history.

The miniseries will be produced by Secret Hideout, The Story Factory and Home Run Productions in association with CBS Television Studios.

Previous
How to Train Your Dragon Homecoming Special Airing on NBC Dec. 3 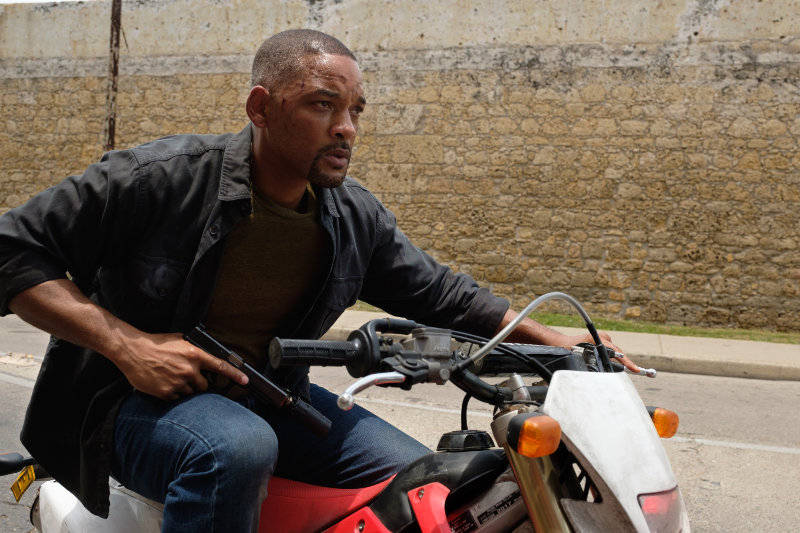 Next
Gemini Man Review: Two Will Smiths Face Off in Ang Lee Film
Click here to cancel reply.
Disclaimer: This post may contain affiliate links through which we earn a commission if you decide to make a purchase, at no cost to you. As an Amazon Associate, we earn from qualifying purchases.
BigScoots Hosting: The last host you'll ever need! Click for details.