Home » Spot the Hidden Ghosts in The Haunting of Bly Manor Posters!

Netflix has revealed nine character posters for the highly-anticipated The Haunting of Bly Manor, which arrives on the streaming service on October 9. The posters include numerous hidden ghosts, which many fans had fun trying to spot in The Haunting of Hill House and that will be found in this new season of the anthology series.

“The hidden ghosts in the first season turned out to be one of my favorite things to play with on set,” showrunner Mike Flanagan (Doctor Sleep, Gerald’s Game) said previously. “The audience seemed to really like them. I loved watching people double back and try to find more of them. It encourages repeat viewing.”

While the ghosts were just for spotting in Hill House, they are puzzles to be solved in Bly Manor. “This season we wanted our hidden elements to tell their own story. And very much unlike the first season, they’re actually going to be explained. By the end of the season, you’re going to know who they are and why they’re there.”

Bly Manor is based on Henry James’ 1898 horror novella The Turn of the Screw. The series will feature the return of Hill House cast members Victoria Pedretti, Oliver Jackson-Cohen, Henry Thomas, Catherine Parker and Kate Siegel.

Pedretti will play Dani Clayton, an American tutor who looks after the very unusual Wingrave children, Miles (Benjamin Ainsworth) and Flora (Amelie Smith). Jackson-Cohen plays Peter Quint, a charming young man who lives at Bly Manor and makes life very difficult for everyone who lives there.

Flanagan told Vanity Fair that Bly Manor is about broken hearts that never heal and tragic star-crossed romance. “It certainly provides a new way to tell a love story, and there are three of them really that beat at the heart of this season.”

He added: “They all have a very dark edge to them. And by the end, it’s really hard to differentiate tragedy with romance. That sense of romantic longing for someone who meant so much to us — but who’s gone — really is the heart of any ghost story.”

In addition to The Turn of the Screw, Flanagan and his producer partner Trevor Macy brought in aspects of other supernatural stories by Henry James, such as The Jolly Corner and The Romance of Certain Old Clothes.

“The process is the same, in that it’s a literary remix,” Macy said. “You want to update the story, you want to find whatever fertile ground for elevating the character that you can in the source material, but we obviously took some liberties in updating it with a more modern setting.”

“At its foundation, the Haunting series is very much about haunted spaces and haunted people. The way we make those things dance together is really going to be what’s uniform about Hill House and Bly,” Flanagan added.

“Outside of that though, it was really important for all of us not to play the same notes we played for the first season. The first season is very much entrenched in family dynamics and death and grief and loss and child trauma. We all collectively felt like we’d said everything we wanted to say about that.”

Like the hidden ghosts, the living characters are puzzles themselves and have secrets. Flanagan added: “It’s the idea that the world that we’re presented with has all of the answers, but it has hidden meanings and has clues that would help us understand it differently, if we were able to see them.”

In case you missed it, you can watch the previously-released teaser trailer below. 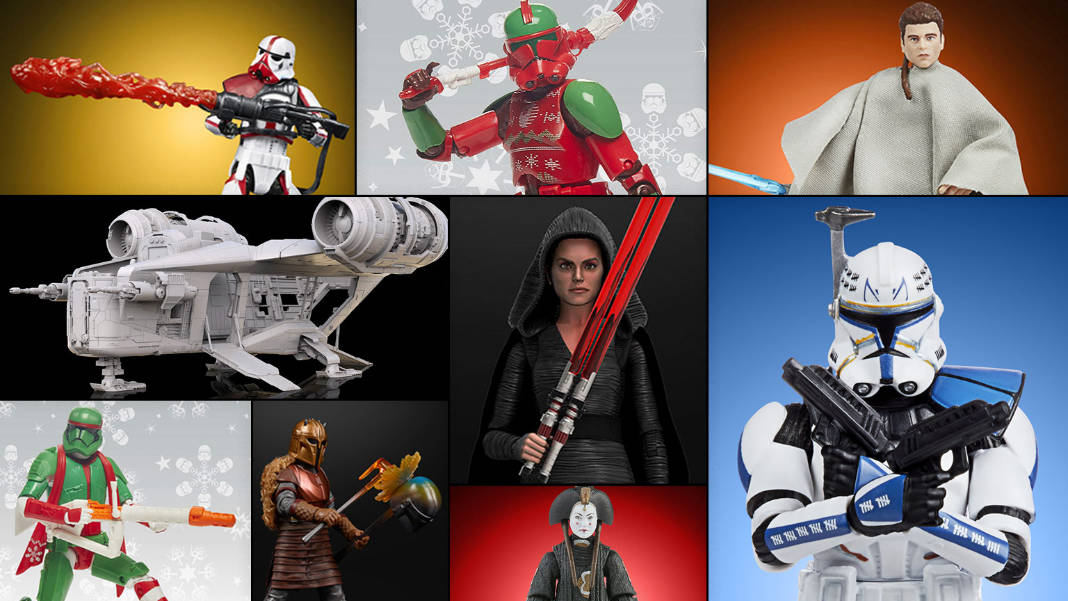 Next
Cassian Andor News, Mando Mondays, Hasbro Toys and More!
Click here to cancel reply.
Disclaimer: This post may contain affiliate links through which we earn a commission if you decide to make a purchase, at no cost to you. As an Amazon Associate, we earn from qualifying purchases.
BigScoots Hosting: The last host you'll ever need! Click for details.