In Wahl Street, Wahlberg juggles the demands of a rigorous film schedule coupled with an ever-growing network of diverse businesses including his clothing line, Municipal; his gym studio, F45; restaurant chain Wahlburgers and his production company, Unrealistic Ideas.

Along the way, viewers will learn powerful business and life lessons as he navigates the numerous challenges of a global pandemic, all while trying to maintain and expand his vast portfolio. Wahl Street will also introduce the cast of colorful characters that make up Wahlberg’s real-life entourage.

“This series will be an intimate exploration behind the drive that makes Mark Wahlberg one of the most unique stars in entertainment,” said Jennifer O’Connell, executive vice president of original non-fiction and kids programming, HBO Max. “Mark’s entrepreneurial spirit is fun to watch and we hope to show both the struggle and triumphs of what it takes to succeed.

“We’re documenting the ups, the downs, the hits and the misses. It’s all the real stuff that’s happening while I’m growing my businesses,” added Wahlberg, “We’re pulling back the curtain and hopefully it’s an opportunity to inspire other entrepreneurs.”

HBO Max and Sesame Workshop, the nonprofit organization behind Sesame Street, today announced that The Not-Too-Late Show with Elmo has been greenlit for a second season.

New episodes of the live-action preschool variety series will premiere this fall, exclusively on HBO Max.

Production for The Not-Too-Late Show‘s second season is now underway at Kaufman Astoria Studios in New York. The new season will expand on the last, promising even more excitement, more interactive games, and a whole new look!

Decked out in his suit and tie, Elmo will return as the furry red host with the most; Cookie Monster will continue as Elmo’s co-host, with the rest of the Sesame Street Muppets pitching in as cast and crew. Each episode will feature celebrity guests, musical performances, and plenty of opportunities for preschoolers and their families to get up and play along.

“This season of The Not-Too-Late Show is packed with all new ways to learn and play together; we can’t wait for kids and families to experience it.”

“Elmo is one of the most beloved characters in the world, and we are so lucky we get to hang out with him on HBO Max,” said Amy Friedman, Head of Kids and Family Programming, Warner Bros. “We think everyone, especially our preschool audience, will be delighted with this reimagined second season – it’s the ultimate family playdate.”

Before the new season premieres, fans can catch up with Elmo, Cookie Monster, and all their famous visitors in the first season of The Not-Too-Late Show, streaming now on HBO Max.

Previous
Aaron Sorkin's Being the Ricardos Starts Production in LA 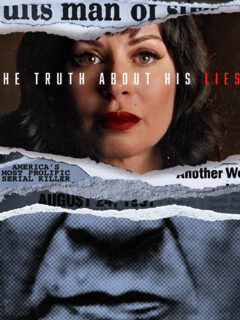 Next
Starz April 2021 Movie and TV Titles Announced
Click here to cancel reply.
Disclaimer: This post may contain affiliate links through which we earn a commission if you decide to make a purchase, at no cost to you. As an Amazon Associate, we earn from qualifying purchases.
Get The FREE LEGO® Life Magazine! LEGO® Life Magazine is fun for kids 5-10 years old.