Max Original Made for Love debuts this April on HBO Max. The comedy series is a darkly absurd and cynically poignant story of love and divorce. It follows Hazel Green (Cristin Milioti), a thirty-something woman on the run after 10 years in a suffocating marriage to Byron Gogol (Billy Magnussen), a controlling tech billionaire.

Soon she discovers that her husband has implanted a monitoring device — the Made for Love chip — in her brain, allowing him to track her, watch her, and know her “emotional data” as she tries to regain her independence. Through the chip, Byron’s able to watch Hazel’s every move as she flees to her desert hometown to take refuge with her aging widower father Herbert (Ray Romano) and his synthetic partner, Diane.

Christina Lee is showrunner and Paramount Television Studios is the studio.

Emmy and Tony Award winning actor and New York Times bestselling author Neil Patrick Harris recently starred in HBO Max series It’s a Sin and next stars in The Matrix 4 which will release 12/22/21 and The Unbearable Weight of Massive Talent for Lionsgate.

8-Bit Christmas is a humorous and heartfelt look back at the adventures of childhood. Set in suburban Chicago in the late 1980s, the story centers on ten-year-old Jake Doyle’s (Fegley) herculean quest to get the latest and greatest video game system for Christmas. 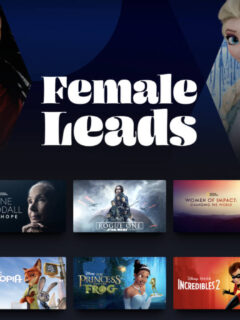 Next
Party Down Limited Series Revival in Development at Starz
Click here to cancel reply.
Disclaimer: This post may contain affiliate links through which we earn a commission if you decide to make a purchase, at no cost to you. As an Amazon Associate, we earn from qualifying purchases.
Get The FREE LEGO® Life Magazine! LEGO® Life Magazine is fun for kids 5-10 years old.