Harry Potter and the Cursed Child will soon be returning to the stage in New York and San Francisco, while Toronto will finally open its show next year. For all three productions, the two-part original has been reimagined as one singular performance upon its big comeback.

The show will return as a newly-staged, single-play experience with more magic per minute. Expect the show to keep all the amazing illusions with some enchanting new staging.

Here are the all-important dates you need to know: New York – returns to the Lyric Theatre November 16; San Francisco – returns to the Curran January 11; and Toronto – to premiere at the Ed Mirvish Theatre May, 2022.

Pre-sale tickets for New York will begin rolling out on July 7 for Gold Members, July 8 for Harry Potter Fan Club members, and with public sale soon to follow on the 12th. San Francisco Gold Members will have their chance at a pre-sale on Wednesday, July 14, July 15 for Fan Club members, and a public sale date on July 21. If you’re based in Toronto, ticket dates will be announced at a later date.

When the play returns to the stage across the US and Canada, it will be the same exciting story meticulously restaged by the show’s original creative team during lockdown. So, naturally, audiences will now only need one ticket to see the production in North America, at one performance during an afternoon or evening.

And for those wondering – the equally thrilling original two-part production of Harry Potter and the Cursed Child will continue to run in London.

Producers Sonia Friedman and Colin Callender said: “We are delighted to announce that Harry Potter and the Cursed Child, which since its triumphant opening in New York and San Francisco has seen record breaking numbers of people spellbound by the wizardry on stage, will be returning in North America in a new, re-imagined version that audiences can see in one afternoon or evening.

“This is an unprecedented moment in theatre history. After being closed for more than 15 months, almost all of Broadway and theatre across North America will return before the end of the year. Given the challenges of remounting and running a two-part show in the US on the scale of Harry Potter and the Cursed Child, and the commercial challenges faced by the theatre and tourism industries emerging from the global shutdowns, we are excited to be able to move forward with a new version of the play that allows audiences to enjoy the complete Cursed Child adventure in one sitting eight times a week.

“Harry Potter and the Cursed Child is already the longest-running two-part play in Broadway history. The new version of the play has the potential to thrill audiences for many years to come.

“Though the global shutdowns were awful and devastating on so many levels, they afforded us, as theatre-makers, the rare opportunity to reunite with our award-winning creative team who fully embraced the challenge of creating a new single part version of the play that would be a compelling theatrical experience in its own right and stand shoulder to shoulder with the original two-part version. It’s been the most wonderful process of rediscovery to bring this new spectacle to life while still delivering all the amazing magic, illusions, stagecraft, and storytelling set around the same powerful narrative, that has enthralled audiences and critics alike.

“Bringing Harry Potter to the stage to cast its spell on audiences in North America has been an extraordinary journey. We want to thank our creative team, associates, cast, crew, and all those who have tirelessly worked on the production for their unflagging support and commitment as we embark on the next leg of our journey.

“Harry Potter and the Cursed Child is a story about community, family, and the power of friendship, a story that reminds us that together and united we have the strength to overcome all odds. It’s a story of our time and we can’t wait to share this new version of our play with our amazing audiences in North America. We’ve missed you enormously and look forward to welcoming you back to Hogwarts. That’s the magic of the theatre—It’s every bit as alive as the portraits hanging on Hogwarts’ walls. Because for all of us… it’s time to believe in magic again.”

The show’s creators, Jack Thorne and John Tiffany, added: “We are incredibly excited to be returning to the US with this reimagined Harry Potter and the Cursed Child. We’ve been working hard on this new version throughout lockdown and it’s been a joyous process of rediscovery.

“It has given us a unique opportunity to look at the play with fresh eyes and we have been inspired by the entire creative team every step of the way.”

J.K. Rowling, who conceived the eighth Harry Potter story with Thorne and Tiffany, commented: “Collaborating on Harry Potter and the Cursed Child has been one of the great joys of my professional life. While no one would wish for what has happened over the last year, it has given Jack, John and the first-class creatives who first breathed life into the production the opportunity to revisit the play, and to find a new way to frame our story — with amazing illusions and some exquisite new staging — all the while keeping our original story intact.

“I’m so proud to be associated with this new, reimagined version, and to be able to welcome back audiences to the Lyric, Curran and Ed Mirvish theatres.” 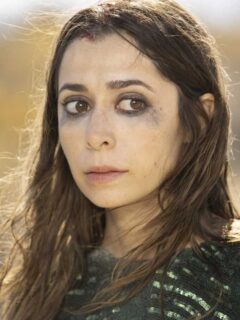 Previous
Made for Love Season 2 Given the Green Light 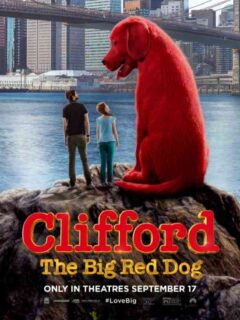 Next
Clifford the Big Red Dog Movie Trailer Revealed!
Click here to cancel reply.
Disclaimer: This post may contain affiliate links through which we earn a commission if you decide to make a purchase, at no cost to you. As an Amazon Associate, we earn from qualifying purchases.