In addition to the West Side Story trailer and In the Heights trailer, promos for Hulu’s The Handmaid’s Tale Season 4, Nine Perfect Strangers, and Summer of Soul aired during The Oscars 2021 show as well.

You can watch all three promos below and let us know what you think about each in the comments!

The Handmaid’s Tale Season 4 will premiere with three all new episodes on April 28 on Hulu.

In the 10-episode upcoming season, June (Elisabeth Moss) strikes back against Gilead as a fierce rebel leader, but the risks she takes bring unexpected and dangerous new challenges. Her quest for justice and revenge threatens to consume her and destroy her most cherished relationships.

Adapted from the classic novel by Margaret Atwood, The Handmaid’s Tale is the story of life in the dystopia of Gilead, a totalitarian society in what was formerly the United States.

Offred (Moss), one of the few fertile women known as Handmaids in the oppressive Republic of Gilead, struggles to survive as a reproductive surrogate for a powerful Commander and his resentful wife.

The limited series, which is based off of Liane Moriarty’s latest book of the same name, is co-written by Kelley, John Henry Butterworth and Samantha Strauss and co-showrun by Kelley and Butterworth.

Nine Perfect Strangers takes place at a boutique health-and-wellness resort that promises healing and transformation as nine stressed city dwellers try to get on a path to a better way of living. Watching over them during this ten-day retreat is the resort’s director Masha (Kidman), a woman on a mission to reinvigorate their tired minds and bodies.

Coming to both theaters (distributed by Searchlight) and Hulu on July 2, Summer of Soul (…Or, When the Revolution Could Not Be Televised) is the winner of the Sundance Documentary Grand Jury Prize and Audience Award.

In 1969, during the same summer as Woodstock, a different music festival took place 100 miles away. More than 300,000 people attended the summer concert series known as the Harlem Cultural Festival. It was filmed, but after that summer, the footage sat in a basement for 50 years. It has never been seen – until now.

Summer of Soul is a stunning unearthed treasure destined to become a pillar of American music and African American history. In his striking debut as a filmmaker, the legendary musician Ahmir “Questlove” Thompson presents this transporting documentary — part concert film, part historical record — about an epic event that radiated the wholesale reevaluation of Black history, culture, fashion and music.

This rich tapestry deftly incorporates interviews with historic personalities like Harlem “Ambassador” Musa Jackson, with an unforgettable musical revue that includes interviews and performances by varied artists like B.B. King, Cal Tjader, The Harlem Calypso Band, Hugh Masekela, Mongo Santamaria, Nina Simone, Sly & the Family Stone among many others, as well as many rare gems, such as a Stevie Wonder drum solo and a duet between Mahalia Jackson and Mavis Staples. Summer of Soul shines a light on the importance of history to our spiritual well-being and stands as a testament to the healing power of music.

Summer of Soul (…Or, When the Revolution Could Not Be Televised) is directed by Ahmir “Questlove” Thompson and produced by Joseph Patel, Robert Fyvolent and David Dinerstein with RadicalMedia serving as creative and production partners. 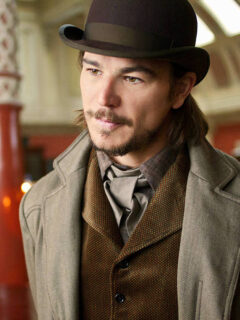 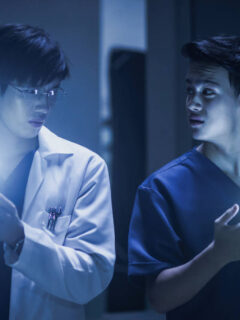 Next
Ghost Lab Thriller to Premiere on Netflix
Click here to cancel reply.
Disclaimer: This post may contain affiliate links through which we earn a commission if you decide to make a purchase, at no cost to you. As an Amazon Associate, we earn from qualifying purchases.
Amazon Prime Day 2021 is June 21 and 22! Click here for the deals.