Gossip Girl Season 1 has officially launched on HBO Max and we’ve got more details about Part One, which will consist of six episodes premiering weekly every Thursday. Part Two’s six episodes will follow this fall.

Developed by showrunner Joshua Safran, a writer and executive producer on the original series, this extension of the pop culture classic takes us back to the Upper East Side to find a new generation of New York private school teens being introduced to social surveillance, nine years after the original blogger’s website went dark.

The series is based on the bestselling novels by Cecily von Ziegesar and the original show, developed by Josh Schwartz & Stephanie Savage, which ran from 2007-2012 on The CW.

Episode 1: “Just Another Girl on the MTA”
Debuts: THURSDAY, JULY 8

The start of a new school year at the Upper East Side’s elite Constance St. Jude’s ushers in the arrival of a newcomer, who soon finds herself thrust into a blinding spotlight. While other students cling to their comfortable, glamorous lives, a mysterious presence threatens to upend the status quo.

As Zoya (Whitney Peak) cautiously explores a new romantic interest, Max (Thomas Doherty) tears down boundaries in pursuing one of his own. At a black-tie affair, Audrey (Emily Alyn Lind) struggles with her mom, Kate (Tavi Gevinson) works overtime, and Julien (Jordan Alexander) vows to fix her mistakes once and for all.

While the school takes drastic measures to smoke out Gossip Girl’s identity, a blind item threatens to put an end to a Constance couple. Max (Thomas Doherty) pushes Julien (Jordan Alexander) to explore life outside her comfort zone, prompting both teens to uncover shocking family secrets. Zoya (Whitney Peak) turns to an unlikely ally for help fitting in.

When Obie’s (Eli Brown) mother comes to town, Zoya (Whitney Peak) begins to question his nature – and nurture. Julien’s (Jordan Alexander) decision to take her brand to the next level leads her down a path of self-discovery. Kate’s (Tavi Gevinson) personal and professional lives collide at full force. Aki (Evan Mock) and Max (Thomas Doherty) come together to support Audrey (Emily Alyn Lind). 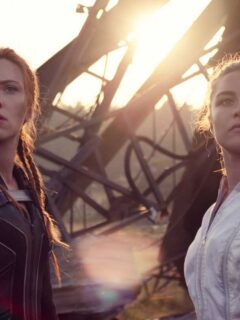 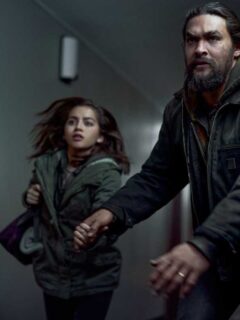 Next
Sweet Girl, Love Is Blind, Kingdom & Resort to Love Netflix Trailers Debut
Click here to cancel reply.
Disclaimer: This post may contain affiliate links through which we earn a commission if you decide to make a purchase, at no cost to you. As an Amazon Associate, we earn from qualifying purchases.