Warner Bros. Pictures and Legendary Pictures’ Godzilla vs Kong movie topped the domestic box office for the third weekend in a row with $7.7 million.

The movie, which reportedly cost more than $200 million to make, has now grossed $80.5 million in North America.

At the international box office, Godzilla vs Kong added $12.2 million this weekend to bring its overseas total to $309.7 million and worldwide sum to $390.2 million. The film is playing in 42 markets globally at the moment.

About $35 million of the movie’s total has come from IMAX theaters worldwide, with $22 million earned at Chinese IMAX theaters and $6.6 million at domestic IMAX locations. The Godzilla vs Kong movie is also available in the U.S. on HBO Max through April 30 and has set viewership records on the platform.

Remaining in second place was Universal Pictures’ action-thriller Nobody, which collected another $2.5 million and has grossed $19.05 million after four weeks in theaters. Internationally, the movie has earned $15.5 million for a worldwide total of $34.5 million.

Made for just $16 million, Nobody was directed by Ilya Naishuller (Hardcore Henry) and stars Bob Odenkirk, Christopher Lloyd, and RZA.

Coming in at No. 3 with $2.06 million was Screen Gems supernatural horror movie The Unholy, which now has a domestic total of $9.6 million. The movie is based on the James Herbert book The Shrine.

Disney’s Raya and the Last Dragon took $1.9 million in the fourth spot and has made $37.7 million after seven weeks. In addition to playing in theaters, the movie is also available to watch on Disney+ with Premier Access.

Rounding out the top five with $1.09 million was Warner Bros.’ Tom & Jerry, which is now up to $42.58 million in North America after eight weeks. The movie has also grossed $62.8 million internationally and the worldwide total is now at $105.4 million. 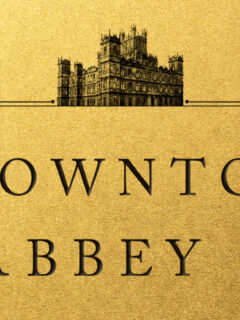 Next
Downton Abbey 2 Release Set for December 2021
Click here to cancel reply.
Disclaimer: This post may contain affiliate links through which we earn a commission if you decide to make a purchase, at no cost to you. As an Amazon Associate, we earn from qualifying purchases.
BigScoots Hosting: The last host you'll ever need! Click for details.